This week, NORMAN GILLER is keen to show he is not entirely clueless

Haven’t a clue what I’m on about? The answer is “sisters”. It is the solution to the 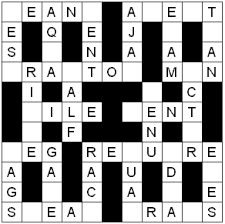 final clue in the 2009 Times Sports Jumbo crossword that I have just completed for publication over the Christmas period.

What makes it special for me is that it is the 25th year that I have compiled The Times Jumbo, and my palm will be suitably crossed with silver. It also gives me the chance to thank the parade of Times Sports Editors who have been kind enough to make the annual order. We have never had a cross word.

How many Sports Editors do you think that is over the last 25 years? The answer is just four, which speaks volumes for the calm sailing of Times Sport during what for other departments and newspapers has been a raging sea of change and upheaval.

The last three I have dealt with have been David Chappell and Keith Blackmore ā€” both of whom were promoted to management ā€” and the present incumbent Tim Hallissey, widely admired for his inspiring and creative leadership (a crawler, moi?).

The first man to commission a Jumbo back in the 1980s was Tom Clarke, the winner of the prestigious Doug Gardner award at the 1992 SJA British Sports Journalism Awards in recognition of his across-the-board achievements.

Tom and I first worked together in my days reporting football for the Daily Express. Fresh from an exciting journalistic adventure on African newspapers, Tom was an ambitious young sub-editor on the hugely talented Express sports desk, with layout wizard Don Woodward at the top of the table.

He was supported by subs of the calibre of Mike Pinnock (who emigrated to Oz), Alan Smith (later a sports exec and columnist on the Sunday People), Bob Moore (who moved to the Mirror), Ian Barnes (later tennis correspondent), Pat Gibson (who became the No1 Express cricket reporter), Bill Beckett (ex-Western Daily Press Sports Editor), David Emery (now running his own sports publishing business, including The Non-League Paper and The Rugby Paper), vastly experienced trio Harry Pashley, Marshall Fallows and Derry Meade, statistician Harry Cook and the legendary John “the Welsh” Lloyd, who was forever doing favours for down-on-their-luck fellow journos.

I can recall the subs’ desk as I would the line-up of the 1961 Spurs side, and forming a back bench behind them were Sports Editor John Morgan, his diligent deputy Norman Dixon and sports news editor Harry Langton, who had a brain the size of Mars but a tinderbox temperament.

While I was setting up as a freelance in the 1970s, Tom soared off on a rocketing career that took in sports editorship of the Evening Standard, Daily Mail, The Times and then editing The Sporting Life. Few, if any, have matched and maintained that level of authority.

He was always coming up with bright ideas, and once ā€” when George Best was hitting the headlines during one of his runaway escapades ā€” he gave me an Evening Standard assignment, which to this day makes me tremble at the memory.

He fixed up for me to interview a professor of psychology at one of our most prominent universities. The premise was that we would set up four casebooks of troubled sportsmen, and come to a conclusion as to how they could be helped to overcome their problems.

The professor turned out to be one of those intellectuals who never used a two-syllable word when a five-syllable word would do. He answered my questions with replies that were so deep and philosophical that I was relieved I was recording our two-hour interview. I did not take a note because I was so busy trying to understand what the prof was saying.

When I got back home to my study to write the 3,000-word double-paged feature, I turned on the tape recorder and started listening to ā€¦ nothing. The tape had jammed in the opening seconds and all I heard was: “Tell me, professor, what would you advise George Best to do if..?”

Gripped by panic, I quickly jotted down anything and everything I could remember from the interview.

I then wrote the feature and dictated it to one of those copytakers who said, typically: “Much more of this ā€¦?” after the first couple of hundred words. That was all I needed, a bored copytaker who could shoot down an adlib from 10 paces.

My feature ran through the seven editions of the Standard ā€” those were the days, my friends ā€” and brought a herogram from Tom, praising me for a “profound and compelling feature”.

At round about the same time, I got a telephone call from an irate professor threatening legal action for “misrepresenting me and putting phrases into my mouth that I have never uttered in my life”. I threw myself on his mercy and explained, like a stuttering schoolboy, about the tape recorder. He reluctantly accepted my explanation, and we parted on good terms apart from the fact that he made it clear he never wanted to speak to me ever again.

The lesson for any young journalist: make sure your recorder (probably a digital one these days) is working and always, always back it up with notes.

As well as the Jumbo crosswords I have also had Times Square and Times Test crosswords published in Times Sport during the last 25 years, adding up to more than 10,000 clues. But I am a novice compared with my son, Michael, who also happens to be my business partner and best mate. He has compiled more than 6,000 puzzles and crosswords for The Sun and Express over the past 15 years and has set more than 50,000 questions and clues.

The specialist puzzle and crossword market is worth exploring if you are looking for new outlets for your talent, but don’t expect to become rich. It pays only bread and butter.

How to get the cream? Sorry. I don’t have a clue.

Next Thursday, for Christmas, Norman Giller is compiling a special sports quiz. Make sure you don’t miss it