NORMAN GILLER’s in campaigning mood, for the mega-rich clubs to start reducing their ticket prices for ordinary fans, and for better medical precautions for sportsmen suffering head injuries. And did he mention? He has another book coming out 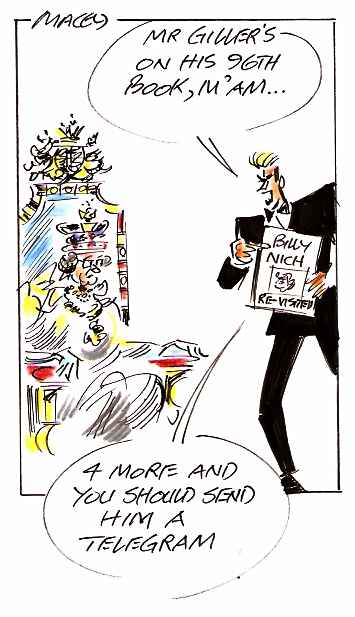 I almost choked on my cornflakes when reading accusations online that the Press was responsible for Tottenham not fielding goalkeeper Hugo Lloris in their 1-0 defeat by Newcastle. The argument put forward by usually sane tweeters was that pressure from the media stopped Spurs sending out Lloris, so robbing them of their “sweeper ‘keeper”.

For many years I have been concerned about the number of footballers who suffer forms of dementia later in life, and the Lloris concussion against Everton has brought the topic into sharp focus. I became seriously concerned about the issue more than 20 years ago, when going to interview my old friend and Express colleague Danny Blanchflower for an anniversary nostalgia piece on his captaincy of the history-making 1960-1961 Tottenham Double side.

Danny and I had known each other well for years, but when I sat him down he did not know me from Adam (or Eve, for that matter). Worse still, he could not remember a thing about the League and FA Cup triumph or any of his team mates.

The most talkative and intelligent footballer I had ever known just looked at me blankly, his memory wiped clean.

It was heart-breaking to see the game’s great visionary with no knowledge of what he had achieved, and two years later he passed on at the age of 67 unaware that he had been a football icon.

Tottenham, the club I follow, have had their heroes riddled with Alzheimer’s and related brain-damage illnesses, among them Push and Run manager Arthur Rowe, Sir Alf Ramsey, Danny and, most recently, the heart of the Double side, Dave Mackay. Other acquaintances of mine in the game that hit the blank wall in old age include Stan Cullis, Nat Lofthouse, Jeff Astle, Dave Sexton, and – suffering now – Duncan Forbes and the man who won footballers their wage freedom, Jimmy Hill.

In the inquest on Jeff Astle after he had lost a battle with Alzheimer’s at the age of 59, the coroner ruled that his death was industrial. In his summary he made the point that heading the heavy leather balls of the 1960s had caused Jeff trauma similar to that suffered by a boxer.

The footballs back then weighed exactly the same as today (16oz, 1lb, or 450g), but they were not water resistant and by the end of games on what were invariably mud-heap pitches, they were often twice as heavy.

There are scores more old pros paying the price for heading the ball, and also the sort of collision that knocked Lloris cold when his head made violent contact with Romelu Lukaku’s knee.

The problem of former players suffering Alzheimer’s goes across the board in sport, particularly in boxing, rugby and in American Football, where more than 3,000 old pros are suing the NFL over injuries leading to brain disorders. Just three months ago there was a near-£500 million out-of-court settlement between the NFL and a squad of ex-players who sued the League for allegedly hiding the effects of brain damage in the game.

FIFA knees started to knock over this legal battle, and it is one of the reasons they came down so hard on Spurs manager Andre Villas-Boas for his decision to let Lloris play on after he had been out for the count.

Those Spurs fans who bravely sit typing their bold statements should stop and consider the consequences of the sort of concussive knock that Lloris took.

I want Hugo – one of the great modern goalkeepers – to know his own name when he finishes his career. But fans have a habit of thinking only of their own selfish targets and many do not have a clue what goes on behind the scenes in the village world of football.

AS I HAVE BEEN trumpeting for several weeks (The Editor writes: It seem likes years) I have my 96th book coming out this week – Bill Nicholson Revisited, The Master of White Hart Lane.

I last interviewed Bill when he was into his 80s, and his mind was still alert. Perhaps it had something to do with that iron forehead of his, one of the widest (and wisest) in the game.

“One of the biggest problems about managing is that people who cannot trap a bag of cement think they can do the job better,” he told me. 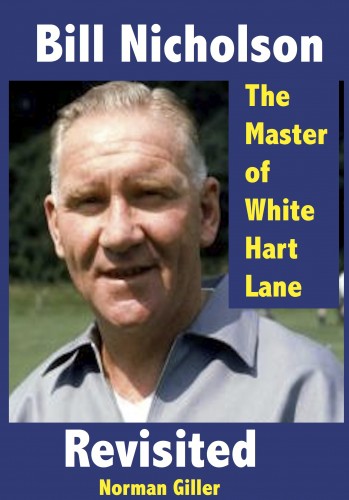 That includes those misguided people who would have had Lloris risking life and limb against Newcastle, and going against all medical advice that he needed more time to recover from his concussion.

Time for the fans to use their brains.

IF SUPPORTERS REALLY ARE using their brains, they should start an all-out campaign to bring down ticket prices at Premier League grounds.

Following the mind-blowing £897 million sale of the Champions’ and Europa League contracts to BT Sport, the clubs are swimming in even more money in what has become an almost obscene playground for the stinking rich.

Now the major clubs have so much money coming in, they can afford to bring down admission prices to reasonable levels.

All the supporters’ clubs should get together and threaten a boycott of matches unless tickets are sold with fairness rather than greed as the aim.

If they are playing to empty grounds, the Premier League and European football would suddenly be less attractive to the great gods of television. It’s the fans who provide the atmosphere that make the games worth watching.

Jimmy Hill in his prime would have been the ideal spokesman for the supporters. Sadly, he has no idea of what is going on in the game he served so well. The price our heroes pay for their fame.