The week in sport, charted by the things they said, as compiled by IAN COLE

“Entrapment, especially by a friend, is an unpleasant experience for my family and me but it leaves me with no alternative but to resign” Lord Triesman is the latest from the Football Association to fall foul of a newspaper honey trap, after a private conversation was taped and published, damaging England’s 2018 World Cup bid.

“Politicians are human beings. I’m one myself” Hugh Robertson, the new Minister for Sport, adopts a non-judgmental stance on the fall-out from the Mail on Sunday‘s Lord Triesman story.

“Probably the worst pitch we’ve played on all year. The FA have to decide if Wembley is a football pitch or an events stadium” John Terry offers the FA advice in another area after lifting the FA Cup as Chelsea completed the Double.

“Richard has assisted in turning the fortunes of the Wembley pitch full circle to being one of the best in the world” The Sports Turf Research Institute website takes a unique view of work done at Wembley by its director of operations, Richard Hayden.

“I know it looks atrocious, but I’m superstitious about things so once we got on a roll I thought I’d have to wait until we get home to get it cut. I don’t want to lose my strength” Paul Collingwood refused a haircut before leading England to victory over Australia in the World Twenty20 Cup Final.

“I am sure the guy is gutted and I feel sorry for him in a way. We just have to make sure we don’t do that again” Jenson Button’s Monaco Grand Prix ended after two laps but he refused to blame a mechanic who left a cooling cover in place, causing the engine to overheat.

“At Chelsea, every game we won wasn’t down to me. It was down to the players, the other management, the kit man, the groundsman. Only when we lost was it down to me” Avram Grant, manager at FA Cup finallists Portsmouth, had bitter memories of his time at Stamford Bridge.

“In the end there was no fairytale” indeed nothing from the Brothers Grimm, unless you count the sight of John Terry and Frank Lampard pogo-ing with the trophy” Paul Wilson laments the absence of a giant-killing in his report of the Portsmouth v Chelsea FA Cup final for The Observer.

“The first half was strange, I don’t think I have ever seen a team hit the post and bar so often without scoring” Carlo Ancelotti, the Chelsea manager, after his side hit the woodwork five times in the opening 45 minutes.

“The players, the club and the fans deserve to be in Europe. Just as Liverpool deserved to be in the Champions League in 2005, when they only finished fifth. The rules were clear, but they were amended. Well, we deserve it, too” Grant harbouring a sense of injustice over the FA’s refusal to change the rules after Portsmouth failed to register for a place in next season’s Europa League.

“Is that the biggest sitter ever missed in an FA Cup final?” Clive Tyldesley‘s commentary for ITV, after international striker Salomon Kalou, from four yards, hit the crossbar when in front of an open goal.

“I’m a nice guy and usually I only hurt people because I have to in this business. But I’m really going to hurt someone here and I hope America doesn’t hold it against me” Amir Khan, above, gets wound up by opponent Paulie Malignaggi and successfully defends his WBA light-welterweight title in New York.

“It really annoys me to hear this. If he doesn’t want to play the game don’t waste my time. Kevin really has to learn from this. If he really wants to be a world champion, I’m the person to help. Can he come back? Yes he can” Frank Warren is frustrated that Kevin Mitchell neglected some of his big fight preparations and was subsequently beaten up by Australia’s Michael Katsidis.

“I’m not one for birthday parties and I’ve never left somewhere before. I’m not going to lead the team out, I don’t want any of that. I just want to play my game and get on with it” Lewis Moody, the England flank forward, leaves Leicester for Bath after 14 years and 172 starts for the Midlands club.

“Language won’t be a problem. He speaks English very clearly, unlike someone like Sir Alex Ferguson, who we would all struggle to understand” Dieter Hoeness, the Wolfsburg general manager, on the appointment of Steve McClaren as head coach.

“People think I’m mad but I’m not. It’s the job that’s crazy” Ian Holloway, the Blackpool manager with a brief to keep the club in the Championship, leads them to the play-off final instead.

“I’ve started my coaching badges this year. I can’t see myself running a restaurant. I love football. I’m only 24 but one day I would like to become a manager” Wayne Rooney, the Footballer of the Year, at the 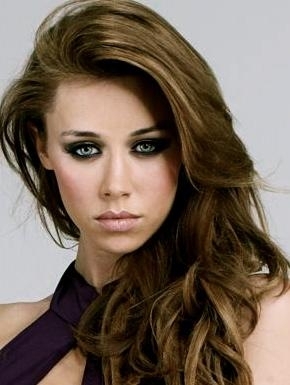 “Ben is usually allowed to sleep with me the night before a game and that makes sense because he is used to me being next to him on the pillow” Una Healy, right, of girl group The Saturdays, shows she is a WAG with a difference as boyfriend Ben Foden prepares to leave on England’s rugby tour.

“There is a perception I have a problem with celebrity. I haven’t got an issue with it at all. It suits some guys. It’s about how they train, how they play and their attitude in the group” Martin Johnson has, again, to explain his continued exclusion of Danny Cipriani from the England rugby squad.