ANTON RIPPON on significant announcements about the websites at The Sun and Telegraph; plus more bad news from The Scotsman 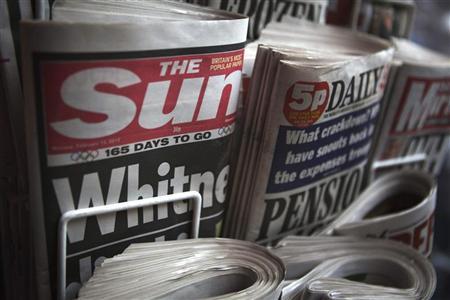 We’ll know the answer later this year, significantly just in time for the football season. This week, New International’s chief executive, Mike Darcey, told an informal press gathering that The Sun’s parent company’s current position – which allows millions of readers to get the newspaper’s content for free – is “untenable”.

This news emerged on the same day that it was announced that the Telegraph, daily and Sunday, will be introducing a charge for access to its website. News International’s The Times and Sunday Times already do, of course. Nearly 20 years since the Telegraph first started putting its content on to the internet for all to see, newspaper executives are beginning to realise that you cannot give away your “USP”, your expensively acquired journalistic content, and still operate as a viable business. “Untenable”, the man said.

The Sun’s plans are, as yet, still under wraps. The Telegraph Media Group intends to allow its readers free access to 20 online articles a month on telegraph.co.uk. Thereafter there will be a monthly charge of £1.99 (or £20 a year) for access to online content and smartphone apps.

Telegraph Media will also offer “a full digital pack” that will include access on tablet devices to both the daily and Sunday titles, together with a loyalty club membership for £9.99 a month (or £99 per year). Both packages will be offered on a one-month free trial, after which readers will have to decide whether they want to commit.

All this will see the Telegraph become the first UK general interest national newspaper to use a metered paywall system – the specialist Financial Times does so, unlike The Times and Sunday Times, both of whose content is ring-fenced by a full paywall that went up in July 2010.

Telegraph editor, Tony Gallagher, said: “We want to develop a closer rapport with our digital audience in the UK, and we intend to unveil a number of compelling digital products for our loyal subscribers in the months ahead.”

Of course, introducing paywalls, in whatever form, for the second half of 2013 means that they will be in place for the start of a football season in which News International will launch its new deal with the Premier League, allowing it to show clips of goals and match highlights. Sports coverage has long helped to sell newspapers, or subscription television channels; here, its importance is underlined once again.

You can see the logic in that. Rupert Murdoch already knows that people will pay him good money for football content on Sky Sports. So it isn’t the sort of premium material you would readily want to give away on your newspaper website.

So let us tweak our initial question: apart from football, will people pay to read the rest of The Sun online? Will they pay just to see Premier League goals when they can get general tabloid content elsewhere for free, not least from the remarkably successful Mail Online, the internet presence of the Daily Mail? Indeed, will the Daily Mail follow suit?

The one thing which has been a drag on the paywall argument for British-based newspaper websites has long been the 800lb gorilla in the digital room, the all-powerful BBC website. Unlikely ever to be charged for, and unrestrained by government intervention in terms of what coverage it may offer, the BBC’s web presence – which dominated the SJA’s Sports Website category announced at our awards on Monday  – had, until now, persuaded newspaper owners to keep their websites free to access for fear of losing what advertising revenue the sites might generate.

But as broadband speeds improve and portable tablet devices proliferate, the video rights market is beginning to give  newspaper websites something to offer which the BBC does not have. The newspaper sites are increasingly more than a mere depositry archive for the material printed on paper overnight. On Monday, a senior executive from The Sun sent his apologies for non-attendance at the SJA awards. The newspaper man said he had to go away on a video shoot. The business is changing.

THESE are also grim times in our profession. As many as 30 editorial jobs – almost one-third of the editorial workforce – are thought to be under risk at the ailing The Scotsman and Scotland on Sunday, where paid-for circulation has fallen by almost half since 2007.

Johnston Press, the owners of the Edinburgh-based titles, this week completed its review of further “restructuring plans”, the usual management euphemism for job cuts.

Managing director Stuart Birkett said: “The Scotsman Publications Ltd is proposing a restructure which could result in a reduction of staff within the editorial department.

“The aim of these proposals is to improve operating efficiency, whilst maintaining the company’s competitive position in the market.

“We have started the consultation process directly with those affected and the NUJ, and every effort will be made to minimise the impact of these proposals through voluntary redundancy and redeployment.”