A thriller about football is the latest work from the prolific Norman Giller, and all produced as an ebook. ANTON RIPPON curled up in bed with his iMac to review it 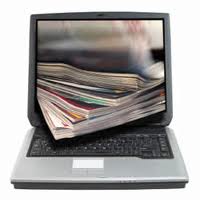 A millionaire football club chairman whose nickname is “Backhand”, his wife who is trapped by the trappings of wealth but desperately in love with another man, the club’s manager whose life is about to be engulfed by a personal crisis at the very moment that his team pushes for promotion to the Premier League, and a player who is a genius with a ball at his feet and a fool with a glass in his hand.

Oh, and we mustn’t forget the agent – there just has to be an agent – who is as corrupt as they come and who hands out hundreds of thousands of pounds in bungs – just like “Backhand” did when he was bribing Docklands planning committee members to let him build a football stadium where once stood the council estate where the chairman grew up.

They are all larger-than-life characters in Norman Giller’s latest book, The Glory And The Greed – A Powerful Football Novel. It is his 87th book actually, in a list that includes collaboration with some of the game’s greatest names – Jimmy Greaves, Gordon Banks, Sir Geoff Hurst and Billy Wright to name but a few.

Actually, when I say that Norm’s latest work features larger-than-life characters, this probably isn’t true. Giller has been around and inside the game for half a century, and I have a feeling that every one of the figures in The Glory And The Greed is true to life. As the jacket blurb says, it’s about the glamour, tension, traumas and corruption of football at the top. Only the names have been changed to prevent the guilty from suing.

I particularly liked the East End setting, inevitably painted in fine detail by an author who was born and raised there. It’s no surprise when the Kray twins – dear old Ronnie and Reggie, always kind to their mother – get a mention. “Backhand” likes to slip them into the conversation whenever he wants to sound heavy, even though he was schoolboy when they were terrorising his neck of the woods.

I was going to say that The Glory And The Greed is more Charles Buchan than John Buchan, but then I recalled the passage where two naked blondes are helping themselves to a line of cocaine. You wouldn’t have got that – or much else from Norman’s new book – in CB’s Football Monthly.

You certainly wouldn’t have found the pack of English football writers and photographers regularly packed off to Italy to follow the exploits – off the field as much as on it – of star striker Dennis Baker (“Bad Boy Baker”) in Serie A.  The journalists form a drinking club that sets up its unofficial headquarters in an Italian nightclub. Of course, they call themselves Baker’s Dozen.

I read The Glory And The Greed as an ebook, which was a new experience for me. It costs only £2.99 – remarkable value compared to a printed book – and you can download it from http://www.normangillerbooks.co.uk/

The book is best read in full-screen mode on Acrobat Reader (which can be downloaded free of charge from www.adobe.com).

The whole process was far easier than I’d imagine and took only a few seconds to complete. And, once you have it, it is very easy on the eye due to excellent typography. I read it on my iMac desktop computer, so for me it couldn’t be bedtime reading. But if you used a handier personal computer, then I suppose you could curl up with it.

All that said, settling down to read a novel off a screen – any screen – feels uncomfortable to me. It’s just a personal thing but I still much prefer a book to hold.

Put me down for the paperback, please, Uncle Norman.

﻿For more book reviews and news from the sports publishing business, click here