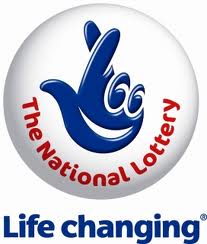 The Sports Journalists’ Association is delighted to announce The National Lottery as our headline sponsor of this year’s SJA British Sports Awards, being staged at the Tower of London on Thursday, December 6.

“It has been possibly the greatest year in the history of British sport, a year when the SJA’s members have been busier than ever reporting on or photographing Grand Slam victories, European Cup wins and Major successes,” said Sir Michael Parkinson, the SJA President.

“The SJA is absolutely thrilled therefore to join forces with the National Lottery, which has been a fundamental part in the transformation of British sport, helping to deliver so many Olympic and Paralympic medals, and is now joining us for the celebration of the sporting year at our British Sports Awards on December 6.”

First staged in 1949, the SJA British Sports Awards is the oldest event of its kind in this country, and this year promises to be the most glittering and golden ever staged.

Andy Duncan, Managing Director of Camelot UK Lotteries Limited, added: “We are delighted to lend our support to the Sports Journalists’ Association’s British Sports Awards. This has been a year of stunning British sporting success – none more so than at London 2012, where almost nine out of 10 of the Team GB and ParalympicsGB athletes selected had benefited from National Lottery funding.

“Our players have been supporting elite sport in the UK since 1997 and the difference this has made isn’t hard to see. Team GB came home from the Atlanta Olympics in 1996 in 36th place in the medal table, with just a solitary gold medal.

“This year, Team GB had its most successful Games in over 100 years, finishing third in the medal table with 65 medals, 29 of which were gold – while ParalympicsGB won 120 medals, including 34 golds, to beat its Beijing haul of 102 medals.

“We are therefore proud to partner with the Sports Journalists’ Association, whose members do so much to capture and bring to life these iconic sporting moments for us all to enjoy.”

The Sports Journalists’ Association of Great Britain, or SJA, is the world’s largest national association for sports writers, reporters, editors, photographers and broadcasters.

Formed in 1948 as the Sports Writers’ Association, the SJA has been staging its annual British Sports Awards since 1949, making the award the longest-running sports awards in the UK.