The debate will be introduced by the SJA’s President, Sir Michael Parkinson, and chaired by broadcaster Sybil Ruscoe, with an international panel of Olympic experts face to face with a 200-strong audience of Britain’s leading sports journalists and officials to debate hot topics surrounding the staging of the 2012 Games.

Lively debate is expected on a range of subjects ahead of the Games, covering topics such as ticket prices, Britain’s post-Olympic sporting legacy, budget challenges and drug testing.

BP will also be using the event to help communicate its partnership with the London 2012 Olympic and Paralympic Games, as well as the role that its Target Neutral programme could play in contributing to a lower-carbon Games. .

“We are delighted to welcome BP as our partner in this event and are appreciative of their support,” Barry Newcombe, the SJA chairman, said.

“Last year ahead of the General Election we staged a similar event with the sports spokesmen of the three leading political parties and generated headlines for the rest of the week. We are sure that our Olympic Question Time will be just as newsworthy.”

Places in the audience for the event are running out fast. Priority will be given to those who are registered as delegates to the SportAccord Convention and SJA members. To attend the event, click here to follow the registration directions.

BP is the Official Oil and Gas Partner and a Sustainability Partner for the London 2012 Games. Together with Games organisers and other London 2012 partners, BP will work to inspire the millions of people who will watch the Games to think about the mobility choices they make every day and to consider new possibilities. 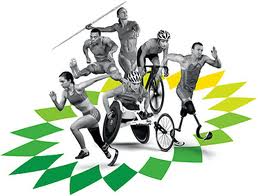 BP is committed to offsetting the CO2 emissions from the 5000 Games vehicles that will move athletes, volunteers and officials between the large network of venues. But that’s just a start. Our top priority is to expand our vehicle carbon calculator to help everyone calculate, reduce and offset the CO2 associated with more forms of transport during the year leading up to the Games and, when the big moment arrives, travel to and from the Olympic events themselves.

BP is supporting six outstanding British athletes – Jessica Ennis, Lizzie Armitstead, Richard Whitehead, Shelly Woods, Stef Reid and William Sharman – as they prepare for the London 2012 Olympic and Paralympic Games. We’ll be following their journey as they train and fulfil their commitments as top international athletes. On that journey we’ll be measuring the CO2 produced by the transport they use and advising them on effective ways to reduce those emissions. What remains we’ll be neutralising for them though our not-for-profit offsetting initiative.