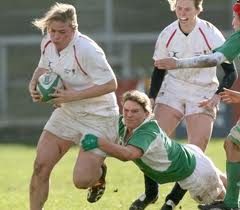 From the RFU
The 12 captains representing the competing nations at Women’s Rugby World Cup 2010 will officially launch the tournament at City Hall, London on Tuesday, August 17 at 5pm.

Deputy Mayor of London Richard Barnes will host the reception at the London Assembly headquarters, with Hugh Robertson MP, the UK’s Minister for Sport and the Olympics, IRB Vice-Chairman Bill Beaumont and the Rugby Football Union’s President Richard Appleby also in attendance to celebrate the biggest Women’s Rugby World Cup to date.

The Women’s Rugby World Cup takes place in London from August 20 to September 5 with the semi-finals and final played at Twickenham Stoop. Pool matches and final round matches will be hosted by the multi-million pound high performance centre Surrey Sports Park in Guildford.

You are invited to the launch on Tuesday, August 17 at 5pm at The Living Room, City Hall, London, SE1 2AA. All captains and head coaches will be available for interview.

Phone interviews and rights free images will be available. Please email juliahutton@rfu.com or andrea.wiggins@irb.com to confirm your attendance and make your media requests by Friday 13th at 5pm.

Rugby fans who buy tickets for the WRWC 2010 will also be put on a priority ticketing information list for the 2015 Rugby World Cup in England.