Many colleagues working in regional papers will have felt a chill down their spine when they read David Montgomery’s recent remarks about how “much of our human interface”, ie. trained and professional journalists, “will have disappeared”. 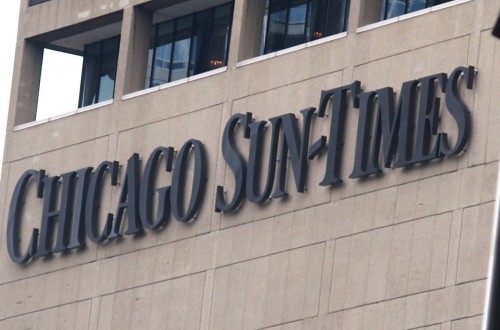 If any are looking for a lead towards better quality journalism, then they had better not look to the United States, where last week the Chicago Sun-Times laid off its entire full-time photography staff, including a Pulitzer Prize-winner.

The lay-offs are a result of a need to shift towards more online video, according to the management, suggesting an ever-greater reliance on social media and reader-contributed content.

Around 28 employees are thought to be losing their jobs. Pulitzer Prize-winning photographer John H White is among those who were laid off. White took a well-known photo of now-imprisoned governor Rod Blagojevich leaving his home through a back alley one day after he was arrested on federal corruption charges. The photo caught Blagojevich as he passed a bright yellow sign warning about rats.

“It captured everything that Rod Blagojevich and the state of Illinois exudes. It’s a great photo because there’s such great humour in it,” said laid-off Sun-Times photo assignment editor Dom Najolia, who had worked at the paper for 33 years.

Chicago is one of few US cities still to have competing newspapers, where the Sun-Times, a tabloid, competes with the Chicago Tribune.

Sun-Times Media released a statement to the Associated Press confirming the redundancies: “Today, the Chicago Sun-Times has had to make the very difficult decision to eliminate the position of full-time photographer, as part of a multimedia staffing restructure.” The statement noted that the “business is changing rapidly” and audiences are “seeking more video content with their news”.

Thu June 13: SJA Lions Lunch with Graham Price at the Old Cock Tavern in Fleet Street. For details of how to book your place, click here