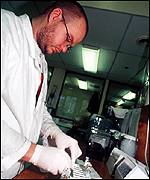 UK Sport is to host a symposium on blood testing next week to determine what value more testing could bring to the national anti-doping programme.

The symposium will focus on a number of key questions centred around assessing the value an increased level of appropriately allocated blood testing would add to UK Sport’s testing programme.

This will include debating the pros and cons of blood testing against urine testing, how the two methods can best work together to improve the overall effectiveness of the testing programme, and which prohibited substances and methods are best detected through blood testing. From this, a picture will be built of exactly where and how blood testing could have most impact.

In addition, the issue of blood profiling will be discussed, looking specifically at what impact this could have on anti-doping, the logistical challenges it brings, and how these could be potentially overcome.

“We feel the time is right to investigate further the role blood testing could play in the battle against doping in sport. There is no doubt that in certain sports and disciplines it could potentially play more of a role as a detection tool. The symposium will help ensure we are best placed to capitalise on this potential, and allow us to react appropriately as the knowledge and technology in this fast-moving field develops.â€

Blood profiling was given an airing at the recent IAAF anti-doping symposium where Paula Radcliffe urged the adoption of a scheme in which blood samples of competitors would be taken over the course of their careers to help identify misuse of banned substances and methods, such as human growth hormones and blood transfusions, which are otherwise difficult to trace.

“There is certainly some merit in the principle of a blood profiling scheme, but again we have to look at the practicalities of making this a reality,â€ said Scott. â€œHaving such a group of eminent experts in one place provides us with the perfect opportunity to get to the heart of these matters and help further inform and evolve our testing programme.”

Meanwhile, the results from the national testing programme announced by UK Sport show that 1,480 samples were collected between July and September 2006. Sports receiving most tests during this period were football (322), athletics (221), rugby league (151) and cycling (114).