The 2014 Laureus World Sports Awards, the premier honours event in the international sporting calendar, is to be held in Kuala Lumpur, Malaysia, on Wednesday, March 26.

The globally televised awards ceremony, attended by living legends of sport, celebrates the achievements of the greatest sportsmen and sportswomen each year.

“Of course this will be a very emotional occasion as it is the first Awards since the death of our Patron, the great Nelson Mandela, and I am sure with the support of everyone in Kuala Lumpur it will be an Awards Ceremony to remember where we can salute today’s sporting heroes and pay tribute to President Mandela.” 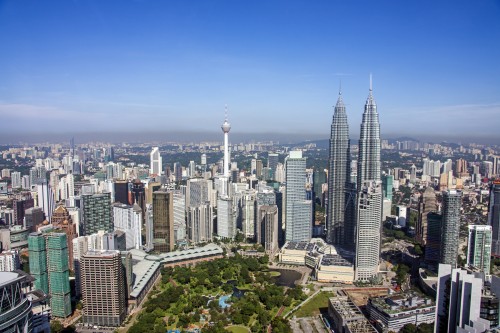 YB Dato’ Seri Mohamed Nazri, Minister of Tourism and Culture of Malaysia, said: “Kuala Lumpur is honoured to have been given the privilege of hosting the prestigious 2014 Laureus World Sports Awards and the city looks forward to staging this internationally-renowned event and welcoming a plethora of sporting legends to Malaysia. This is a sports-loving country and I can promise warm Malaysian hospitality awaits all our guests. As 2014 has also been declared ‘Visit Malaysia Year’, there is no better time to visit and experience the multi-cultural heritage, mouth-watering food and unbeatable shopping Malaysia has to offer.”

The awards ceremony, which is broadcast to a worldwide TV audience, will take place on the evening of Wednesday, March 26. Further details about Awards attendees, the venue for the awards ceremony and the full programme of events will be announced in the coming weeks.

At the inaugural Laureus World Sports Awards 15 years ago, in 2000, President Mandela said: “Sport has the power to change the world. It has the power to inspire. It has the power to unite people in a way that little else does. Sport can awaken hope where there was previously only despair.” This has become the philosophy of Laureus and the driving force behind its work.

Proceeds from the Laureus World Sports Awards directly benefit and underpin the work of the Laureus Sport for Good Foundation, which supports more than 140 community sports projects around the world that have helped to improve the lives of over one-and-a-half million young people.

Members of the Laureus World Sports Academy also volunteer their time to act as global ambassadors for the Laureus Sport for Good Foundation, whose mission is to use sport as the means to combat some of the world’s toughest social challenges facing young people today such as juvenile crime, gangs, HIV/AIDS, discrimination, social exclusion, lack of education, landmines awareness and health problems such as obesity. Since its inception Laureus has raised over €60 million to support community sports projects around the world.

Laureus was founded by its Patrons Richemont and Daimler and is supported by its Global Partners Mercedes-Benz and IWC Schaffhausen.