The European Federation of Journalists has called on all reporters, photographers and editors attending the Euro 2012 football tournament, which kicks off in Warsaw on Friday, to get themselves fully briefed on how press freedoms in co-host Ukraine are under attack, with Ukrainian journalist colleagues being murdered for doing their jobs. 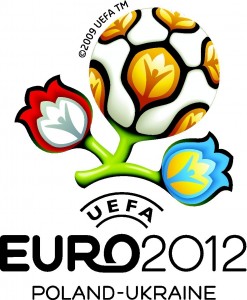 A leaflet produced by the EFJ highlights cases of unsolved killings and disappearances of journalists in the country, as well as examples of media being taken off air or harassed because of their work.

The leaflet includes background on the case of journalist Georgy Gongadze, publisher of the Internet journal Ukrainska Pravda, who was kidnapped in September 2000, his body found later beheaded. The journalist had been investigating corruption at senior levels of the Ukrainian government led by former President Leonid Kuchma. Revelations of secret tape recordings of Kuchma ordering Interior Ministry services to kill Gongadze sparked accusations of his involvement. Twelve years later and the trial of his murderer is underway, but is being held behind closed doors.

Arne König, the president of the EFJ, said: “The Gongadze case is pivotal for the fight against impunity in Ukraine. Holding the proceedings in secret makes a mockery of the authorities’ stated determination to find those who ordered his killing and fight impunity.”

The International Federation of Journalists, the global organisation of which the EFJ is a part, has also backed the campaign to use the Euro 2012 championships as an opportunity to step up the pressure on the Ukrainian authorities.

Jim Boumelha, IFJ President, said: “I urge all the journalists covering UEFA Euro 2012 to spare a thought for their colleagues in Ukraine who have been enduring for years threats, physical attacks and censorship. For over a decade, law enforcement authorities have been dragging their feet in their investigations of the killing of Georgy Gongadze and the disappearance of Vasyl Klymentyev. Despite repeated promises by President Yanukovych to ensure justice, the record of his government has been to gag journalists and stifle their right to inform.”