A journalist who has specialised in covering security issues over the past 30 years warns Sochi-bound sports journalists to take great care over their work computers and mobile phones when covering the Winter Olympics in Russia.

The European Federation of Journalists – the continental organisation of national media trades unions, to which the NUJ is affiliated – has issued a warning that journalists covering the Sochi Winter Gamess will be subject to surveillance by the Russian security services.

Under a decree signed by Russia’s Prime Minister Dmitry Medvedev, the FSB security service can collect the telephone and internet data of the Games’ organisers, athletes and others, with particular emphasis on journalists. Wi-Fi provided at the Games and the 3G phone network will be monitored. Computers at the media centre are also likely to be monitored.

“The FSB will see this as a prime opportunity to access every journalist’s phone and mobile device to harvest the contacts and seek out passwords to newsroom computers,” Alan Pearce, who has prepared a guide for the EFJ told sportsjournalists.co.uk.

“Being a suspicious lot, I imagine the FSB, Russian security service, believe that non-sports journalists will be there, probing into other issues, and that they will want to keep a lid on that.

“Equally, I think most intelligence agencies do these things simply because they can. I also feel we should also be a little paranoid. Too few journalists secure their systems and devices, opening their contacts to scrutiny,” Pearce advised.

Pearce is the author of Deep Web for Journalists: Comms, Counter-Surveillance, Search, on which much of his brief guide is based, and which suggests a significant amount of technical work and preparation is required before Olympic journalists set off for the airport.

Clear out all your devices, removing personal details and contacts, and replace the SD card in your phone. Store anything sensitive on a spare card or USB drive. 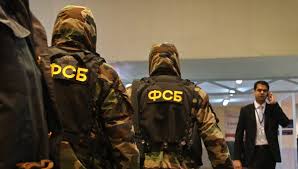 As soon as you arrive at the airport, they may want to take your digital devices away for inspection. Generally, you should never let your mobile devices out of your sight and this includes leaving them unattended in hotel rooms. It is very easy to scan the memory or plant malware inside.

With laptops and tablets, place a sticker over any opening parts so you can see if the device has been tampered with. Better still, apply a coating of glitter nail polish and then take a photo of it with your smartphone. The glitter in the polish provides a unique pattern that cannot be replicated and which can later be compared to the photo. Additionally, be sure to run an anti-spyware programme on the device as soon as possible after recovery.

As soon as they have your details, they will begin tracking you around the venue. To avoid this, turn off Geotagging and GPS location and switch on Airplane Mode. This will make their job harder. If you are meeting anybody, and would rather they didn’t know, remove the battery from your phone because they can still listen in even when it’s turned off. If you have an iPhone and can’t take the battery out, leave it behind – but not anywhere they can find it.

If they are handing out free sim cards, be sure to bring along an older, non-smart phone and install the card in that. Use this phone to receive updates and calls from the Games’ organisers.

And be careful of the messages you receive on your regular smartphone. Never open attachments or click on links if you are suspicious. To avoid infection via email, disable HTML in your email programme via the Settings tab. Be aware of social media posts and emails with enticing links, many of which are often shortened so you don’t know where you are heading. Short URLs can be enlarged at LongURL.org.

When connecting to the MegaFon 3G network or Wi-Fi, employ a VPN (Virtual Private Network) to prevent tracking and to mask your activities from eavesdroppers. Hotspot Shield is a good free, option which also allows you to view banned content and access Twitter and Facebook mobile if their services are blocked locally. A popular and fast paid-for option is VrprVPN.

At the Media Centre 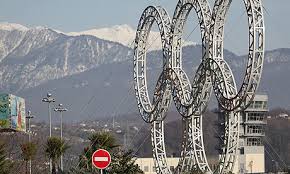 If accessing the computers at the Media Centre, take extra care. A safer way to use these computers is via a USB thumb drive installed with the Tor-Firefox browser that will take you directly onto the Deep Web and mask your activities and communications from anyone listening in.

A dialogue box to the drive will open as soon as the device is slipped into a computer. Select Start Tor Browser and you will leave no helpful trace of your web journey on the machine and no one should be able to track you. If you need to bypass administration restrictions, install FreeOTFE Explorer on the USB drive and you should be able to get into most machines.

Scramble Calls —Silent Phone for Android and iOS provides HD quality securely-encrypted phone/video communication over any network. A free alternative is Jitsi, an open-source encrypted VoIP service for audio/video and chat that works on any operating system.
Secret Messenger — Secret SMS for iOS will encrypt messages between users and hide them. Perzo is a new encrypted messaging system for all devices from the people who brought you Skype. There is also TextSecure for Android.

Secret Image — Secret Video Recorder Pro for Android and iOS allows you to seemingly switch off the smartphone while continuing to film. Secret Camera for iOS allows you to take photos discretely with no shutter sound, preview or immediate playback, while the Mobile Hidden Camera does the same for Android. ReconBot for Android and iOS is a stealth video recorder that displays a black screen while it records and includes remote view so you can watch the recording live via a web link.

Secret Audio — there is Secret Audio Recording for Android and Spy Recorder for iOS which can also automatically record when you enter certain locations that you set with Google Maps.

Remove Image Data — if you want to upload images that cannot be traced back, you need to remove or alter the EXIF data which most modern cameras implant in the image to give GPS location and other details. Options for Android include the ExifEraser and ExifRemover for iOS.

Go Deep Web — you can take your smartphone onto the Tor Hidden Network and keep everything off-radar using apps for Android and iOS with access to both Deep and Surface Webs, plus PM and email without being monitored or blocked. Check the Settings and switch off JavaScript to improve security.