LONDON CALLING: What a weekend. Even the press box is warming to the atmosphere of the Games 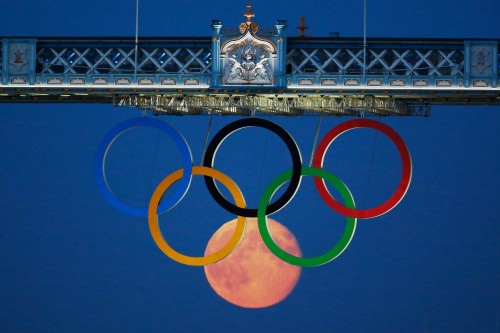 Super Saturday at the London Olympics really did win over even the fiercest of Games sceptics in the press box. It was not just the three athletics golds for Britain that did the trick, but the whole Olympic experience that seemed to have buoyed the nation.

After all, when was the last time you heard 80,000 people cheering roundly the organiser of a sports event? But that’s what happened when Lord Coe was announced among the presentation party for Jessica Ennis’s heptathlon gold.

Wandering around in the bowels of the stadium with the broadest of grins was David Moorcroft, the former world record-holder on the track who, as CEO of UK Athletics, twice led winning bids to bring the athletics world championships, the third largest global sporting event, to London, only for the government to renege on promises to build a suitable stadium.

“Is that the biggest attendance in British athletics history?” Moorcroft’s question was posed almost as a assertion. Sadly, it probably isn’t: 1908 reports suggest attendances of 90,000 at the White City. But Moorcroft’s instinct that the IAAF would be delighted with 80,000 Londoners turning out for sessions of morning qualifying rounds and heats is entirely accurate, especially with London, finally, due to stage the worlds in 2017 in the stadium.

“Now all we’ve got to do is make sure we keep the stadium capable of staging athletics,” Moorcroft said. Whatever could he mean?

Andy Dunn, sports feature writer with the Sunday Mirror, had the misfortune to seat himself next to the SJA Secretary, as he busily filed his copy on deadline on Saturday evening and managed to keep a steady stream of observations flowing to the Twittersphere.

Dunn’s been around a bit in his career, so when a hardened sports writer says this – “Not actually sure there is a dry eye in the country – never mind the stadium. A truly remarkable day and a privilege to be here” – you sense something is going well.

During the men’s 10,000 metres, Dunn noted, “I have NEVER heard a noise like that at a sporting occasion. Unbelievable”, referring to the crowd, rather than any of his press box colleagues. He may have been giving away a little too much information, though, when he posted, “Safe to say, press box impartiality has been parked”.

Those who pored through their 400-page athletics stats book – provided to the media by the world governing body free of charge, take note LOCOG – will have found that the last time Great Britain won two athletics gold medals on one day was July 25, 1908 – at the first London Games.

And even that wasn’t quite as good as it seems: the 400 metres was won by Wyndham Halswelle in a re-run race that was boycotted by a pair of Americans who were unhappy that another of their team had been disqualified by British officials. And the triple jump was won by Tim Ahearne, whose entry always carries the footnote that he was from Ireland.

From today’s letters to the Editor in The Times:
Sir, I notice in the Court Circular published today (Aug 4) that eight members of the Royal Family were present at the Olympic Games.
What luck that so many people from one family got tickets for the same day.

Andy Hunt, the BOA’s flag-waving chef d’equipe, a job that the organisation’s chief executive acquired despite having no previous Olympic experience, has now been dubbed “the Celebrity Chef”, for his ability to be seen beside the royals and the Prime Minister whenever they take up the VIP boxes at the Games.

With the BOA chairman, Colin Moynihan, being part of the inherited peerage and Clive Woodward having already earned his knighthood, surely the words “Arise, Sir Andrew” must be a possibility in the near future. “Yah!”, as the parody Tweeting of @RandyShunt. 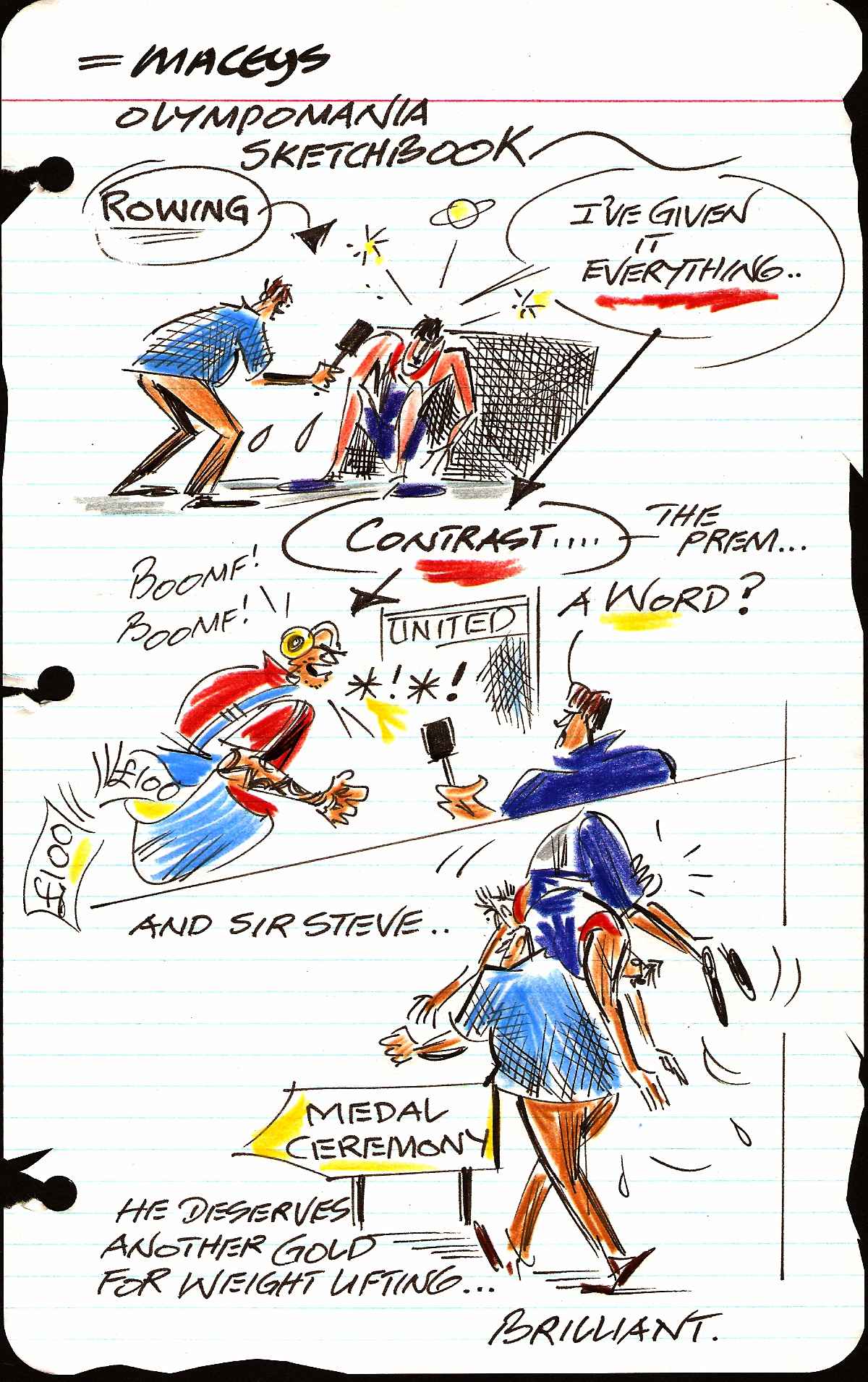 Chadband was right, also, when he questioned the stadium announcers encouraging the crowd to perform a Mexican wave during the final of the women’s 10,000m on Friday night. Not something that was repeated during Mo Farah’s race the following evening.

Even Garry Hill, the booming Canadian voice in the stadium so-beloved of the Mail‘s Charlie Sale, expressed his discomfort at the practice. Retribution came the following day, when with no pictures from the 20km walk in The Mall being fed to the big screens or press tribune TVs, Hill was forced to provide a running commentary based solely on the 5km split times provided.

The IAAF, the sport’s governing body, has been asked whether the 20km walk has been dropped from its usual programme of events, or for another explanation for the failure of pictures to be available to athletics journalists working in the stadium. No answer has yet been received.

Sometimes, though, the media’s TV feeds have managed to provide more than they might have expected, with a BabeStation preview getting an airing in the MPC last week.

Congratulations to the organisers of the media facilities at London’s Olympic Stadium, where coffee, tea and water are readily provided, unlike the guinea a bottle Peckham Spring water that has been on sale in the MPC.

The influence of the International Association of Athletics Federations, who routinely provide journalists with drinks and information sheets without charge at their championships, appears to have been behind this.

The IAAF has published start lists and results details since last Sunday, effectively breaking LOCOG’s Info+ monopoly that is costing most of the 10,000 accredited media £180 a head (including VAT).

Other elements of the Games’ wanton commercialisation have also drawn adverse comment.

Every bar in the Olympic Park carries a sign saying, “We are proud only to accept…” the name of a well-known credit card company.

Chris Boardman, a former Olympic champion now an essential part of the BBC’s cycling commentary team, summed it up when he Tweeted, “The more I think about this statement, the sillier it sounds”.