TOM CLARKE catches up with a former sports desk colleague who, at 81, has written an award-winning first novel

There were two faces of Srikumar Sen when we worked together on The Times in the 1980s and 1990s.

One was the mid-table sports sub who ambled in at four o’clock and worked quietly through the evening, a man past being ambitious after more than 20 years on the paper but with a depth and width of knowledge born of his childhood in India (his parents were journalists), his teenage years in London (where his stepfather was the correspondent of the Hindustan Times), his history degree at Oxford and his early career with The Statesman in Calcutta and as head of public relations at ICI (India).

The other face was the boxing correspondent of The Times, released from the humdrum of the subs’ desk into the tough and rumbling world of Ali, Tyson, Frazier, Holyfield, Leonard and Hearns, let alone the newspaper heavyweights like McIlvanney, Hart and Powell. This was the world in which Sri revelled: the sub-editor of someone else’s words became a star with his own wonderful words about the dramas and the farces of a sport he had loved since his time as Oxford’s first Indian boxing blue.

Now there is a third face of Sri Sen . At the age of 81, he wrote his first novel, The Skinning Tree. It was published in India last year and was joint winner of the Tibor Jones South Asia Prize. Now it is available in Britain (Amla Books, £6.39 paperback).

It is set in a time and place Sri knows well: 1941Calcutta (now Kolkata), where the sophisticated, almost English, society of elegant dinners and afternoons playing bridge is threatened by the imminent Japanese advance on India. The central character, a nine-year-old boy, is sent to a distant Catholic boarding school to escape the turmoil only to find himself surrounded by cruelty as well as kindness. 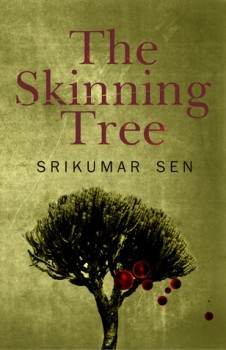 It is beautifully written, moving at a gentle pace from the delights of watching Westerns at the cinema to the loneliness of separation from his parents. It couldn’t be more removed from subbing at Wapping and reporting fights in Las Vegas. It is, say those who should know such things, an allegory for the closing years of the Raj. That may be so; to the rest of us, it’s a fascinating read about places and events beyond our reach.

In an interview with Paul Newman (another old boy from The Times) in The Independent, Sri said: “I always felt the book was in me. Now I wish I’d written it earlier. All sorts of ideas for books have come to me since, but I haven’t got time to write all of them. I would need two or three years for each one.” In fact, Sri is deep into writing his second book.

He added in the interview: “When you work for a newspaper, whether you want to go to the typewriter or not, you just have to do it. There was the fear that you would leave a hole in the paper. It was that fear that kept me going.”

Last year Sri went back to India to collect his prize. It was his first visit there for 47 years. He says: “It was an India quite different from the one I left behind. What I saw was a country no longer modelled along British lines but a land of opportunity like America for those with enterprise, vigour and money. I wish I could have stayed longer than five days to see something of old India.”