Harry Harris, the former chief football writer with the Mirror and Express, 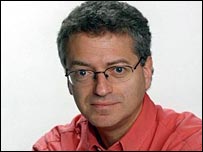 is at the centre of a bitter court case with a publisher over unpaid fees for a Â£140,000, six-book deal.

The publisher, Simon Lowe, of Warwickshire-based Know The Score Books, initiated the court action for breach of contract.
Lowe is claiming the refund of a Â£19,700 advance, plus interest and costs from Harris.

But according to court documents seen by sportsjournalists.co.uk, Harris has lodged a counter-claim that Loweâ€™s company still owes him more than Â£20,000 in unpaid fees, that it has failed to meet agreed expenses, it has never allowed the author to view proper sales figures for his books, and has also withheld half the value of a sponsorship deal on one book which Harris had negotiated.

The case is due to be heard in Staines County Court in December, and Lowe, when contacted by sportsjournalists.co.uk, was not prepared to comment.

However, other journalists who have had dealings with Know The Score have also been in touch with the SJA to complain of unsatisfactory dealings with the publisher, one even threatening to take his documentary evidence to the police.

In his case, Harris says: “Simon Lowe sent me an email stating that he refused to publish my last books unless I could provide sponsorship. At all times he was highly praising of my work.”

Harris, who left the Daily Express 12 months ago, signed his six-book, exclusive deal with Know The Score in March 2006.

In return, Loweâ€™s company offered a contract which offered to â€œpay the Author six advances of Â£20,000 against royalties…â€ and in addition â€œexpenses will be paid of Â£600 per monthâ€.

Bonus payments â€” typically of Â£5,000 for achieving 15,000 sales with each book â€” were also agreed, while the publisher would split 50-50 with Harris any sponsorship fees received on the books.

Part of Loweâ€™s action depends on the order that Harris delivered his finished manuscripts, something which the writer disputes was ever significant in the performance of his duties under the deal.

According to Harrisâ€™s counterclaim, the publisher failed to make due payments â€œon numerous occasionsâ€, even after a new schedule was agreed. When Know The Score missed its Â£3,000 instalment in December 2007, and January and February 2008, Harris says that under the terms of the agreement the deal was terminated.

Perhaps key to the outcome of the case is that Harris is claiming that the amounts he received were not advances against royalties, but fees for the work he produced.

It has become the practice in the business for more than a decade that “advances” have been treated as fees, not least because writers rarely get independently sourced figures for how many books are printed or sold.

â€œKnow The Score has been a prolific publisher of sports titles in the past few years, with many of the works being written by SJA members,â€ Steven Downes, the SJA secretary, said, â€œso clearly a court case of this nature, involving an SJA member as well-known as Harry, will be watched very closely.â€