Here they are… the final 20 questions in the SJA’s quiz, and your chance to enter the prize competition.

Work your way through all the questions set over the past 10 days and follow the entry details below. Remember, you can use any source, including this SJA website, to check your answers, but the winner will be the first all-correct answer, received by e-mail. In the event of no one scoring 100%, the highest scorer, received most quickly, will win.

So don’t delay – get your answers in as quickly as possible.

81, What, officially, according to the FA, is the oldest football club in the world?

84, Name the first winner of the SJA’s Sportsman of the 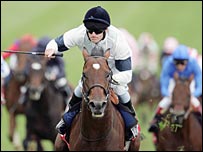 85, Name the first winner of the SJA’s Sportswoman of the Year Award.

86, Name the first winner of the SJA’s sports cartoonist of the year award.

87, Who is the SJA’s sports diarist of the year?

88, Name the last English jockey to ride the winner of the Epsom Derby.

89, How far is the final running stage of the annual Ironman triathlon in Hawaii?

90, Wales has staged the Commonwealth or Empire Games just once. In what year?

91, Who was the last Briton to win a senior Wimbledon singles title?

92, Who scored four tries for England at Twickenham in 1977, but did not win a cap for the appearance?

93, Name the British city bidding to stage the 2014 Commonwealth Games.

94, Which is the only country to never win a gold medal on home soil when hosting an Olympic Games?

95, Name the Ireland rugby winger who made his international debut at 18 and his final Test appearance 15 years later, but is now better now for his 57 varieties.

96, Which Football League club’s ground is in two countries?

97, Which journalist edited The Cricketer magazine for nearly 25 years, arranged the first Test match in England and invented the FA Cup?

98, How many seasons has Scottish football’s Old Firm, Celtic and Rangers, ended up without a trophy?

99, Has the poetic football result East Fife 4, Forfar 5 ever happened?

That’s the lot… Now you can enter.

Here are the competition rules:

To enter, send an e-mail with your 100 answers, each clearly marked by relevant question number, together with your name, address, daytime phone number and SJA membership number, with “SJA Christmas quiz” in the subject field, to:
stevenwdownes@btinternet.com.

Remember, all entries close on Jan 3, but the first all-correct entry received will win.

If you have missed any questions, then follow the links here: