The UK-based Squash Player magazine is celebrating its 50th anniversary, with the latest edition looking back on half a century as the sport’s No.1 print publication.

The magazine was conceived after social change at the beginning of the 1970s when squash lost its ‘clubby image’ and the sport opened up and boomed to the masses, with thousands of courts built across the UK. 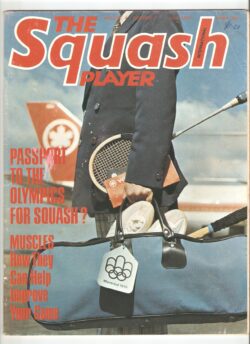 The great Jonah Barrington, the chief instigator for change in squash becoming professional later in the Seventies, adorned the first edition. The photographer who took the magazine’s first cover shot was the late Fleet Street snapper Norman Potter, who was also on hand to take the famous image of Roger Bannister breaking the four-minute mile record.

The magazine has also seen plenty of Fleet Street and national newspaper reporters write for the publication, including the long-serving Richard Eaton, the former Agence France-Presse correspondent and freelancer who contributed to the first issue as well as conducting interviews for the 50th edition.

The Telegraph’s former cricket and squash writer Dicky Rutnugur, who died in 2013, was a fervent contributor over the decades. So too The Times’ former rackets writer Rex Bellamy. John Hopkins, who still writes on golf for The Times, also wrote for the opening edition.

Squash enjoyed plenty of newspaper coverage up until Fleet Street cuts in 2008 when it died virtually overnight. It has been an unfathomable slog to garner coverage ever since; watching live squash is about as good as it comes, along with an abundance of under-reported stories. 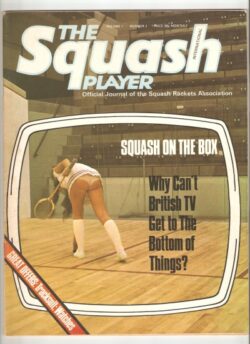 This is in contrast to the personal message from the late Prince Philip, then a patron of the old Squash Rackets Association, in the inaugural issue in late 1971. “More and more people are discovering the pleasure of playing squash,” the Duke of Edinburgh wrote. “Like all games someone has to attend to the administration and business of keeping people informed about what is going on. I hope Squash Player will help to promote the game and keep players in touch with events all over the squash world.”

Today, the magazine is published by long-time editor Ian McKenzie from south west London. A 70-year-old New Zealander, McKenzie has pretty much single-handedly bucked the trend in the digital era by keeping the print arm flourishing (the website is archaic) as the sport continues to grow in the face of continued Olympic exclusion. 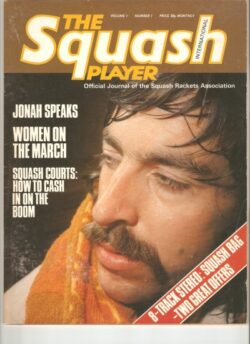 “We have new courts hardly dreamed of back then, easier and more powerful rackets and yet the essence of the game remains,” McKenzie writes in the current edition’s editorial. “It’s a sport like no other that involves [and this is the short list] skill, movement, tactics, matchplay, mental abilities, fitness, competitive instincts and fun. I challenge you to name another remotely comparable.”

Squash Player endured serious gender parity issues in its opening years. The first female player to appear on the cover only occurred in 1975, the 53rd issue, while issue two portrayed a woman bending over on court baring her knickers, with the caption ‘Why can’t British TV get to the bottom of things?’, and the final issue of 1971 even revealing a naked woman for a cover article on sex and squash. The modern Squash Player now reflects the sport’s stance on parity and equal pay.

Prince Albert II of Monaco, whose father wrote in the inaugural edition, said in the latest edition: “I wish Squash Player another 50 years of success in covering with dedication and professionalism the wonderful game of squash.”

As the sport grapples with court closures and the looming rise of padel and pickleball, Squash Player continues to be the flagbearer.