SJA secretary and insidethegames journalist Philip Barker has been informed he will have to spend two weeks in quarantine in his hotel room after being identified as a close contact of a confirmed COVID-19 case on his flight to Tokyo. 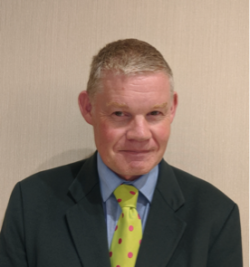 As Liam Morgan of insidethegames wrote: “This sets a concerning precedent for those of us here to cover the Games, so it is little surprise the Main Press Centre is hardly a happy place right now.

“We are already subjected to various restrictions as it is. This is excessive and, quite frankly, unacceptable.”

That’s main thing I am most concerned about, the fact that different rules are being applied to different sectors. Philip is probably among least at threat from COVID-19 as he is double jabbed and has had 6 negative tests in last 2 weeks. Yet he’s facing most severe conditions.

British sports journalists took to Twitter to register their shock and anger, pointing out that the Tokyo 2020 Playbook simply states that action would be taken case-by-case. Barker has had six negative tests and been double jabbed.

It later emerged that the BBC Scotland team in Tokyo have also been identified as close contacts to a Covid case on flight over and must self isolate in hotel room for 14 days. Athletes on the same flight were also identified but the rules say they don’t isolate.