Is it “political correctness gone mad”, or does the FA have a point when it tries to stop local papers carrying results from under-11s football? ANTON RIPPON reports

The Society of Editors, as well as sports journalists, parks football coaches and parents, have all criticised a ruling that the results of children’s matches should not be published in a local newspaper. 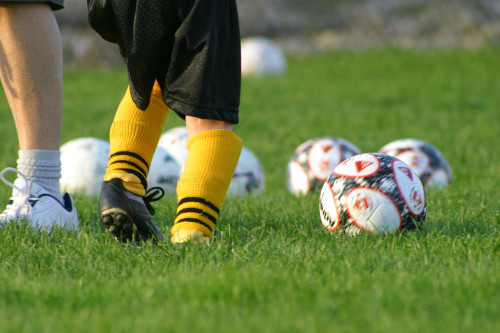 The Surrey Mirror has received a letter from the Surrey County Football Association “advising” the paper to stop printing the scores of games featuring players under the age of 11.

The local FA’s chief executive, Caroline McRoyall, said publishing them is “detrimental to the development of the player and the game”.

She said: “The changes brought in by the FA Youth Review are designed to make youth football more child-centred and less results-orientated, supporting the long-term development of players.”

Or in simple English, the FA is concerned that heavily one-sided scorelines might upset youngsters on the receiving end of double-figure trouncings.

The Surrey Mirror’s editor, Deanne Blaylock, said: “The feedback we have received so far from youth football managers and parents suggests they want to see their children’s names and achievements in the paper.”

Paul Slaney, manager of Merstham Mustangs, told the newspaper: “I can’t see any reason why people can’t be proud and have a mention in the newspaper. It’s not how you win, it’s how you lose as well and you have got to lose to win. We had three seasons where we never won a game at home and it’s only this season that we started winning. It’s something we are very proud of and the Surrey Mirror supported us. That was essential for our development.”

Parents can’t see the problem either. Mike Wood, whose son plays for Horley Town All Stars under-nines, said: “I just think it’s a little bit disappointing because nothing’s ever been put in the paper that is defamatory about the other teams.

“From a personal point of view, it buoys my son a little bit and raises his confidence. They look forward to it. They see their photos and their names and it boosts them. As long as things are friendly and they are not derogatory I do not personally see a problem.

“It’s human nature that you are never going to go through life winning everything and I know they are only young children, but it’s the way of life. You can’t win everything, all of the time.”

A spokesman for the FA told the Daily Telegraph: “The FA places a great deal of importance in ensuring that youth football is played in a positive and fun environment … Among the range of measures to have been introduced to reflect this the FA now directs leagues not to publish individual scorelines from matches in competitions featuring under-11s teams.

“While it is not the intention of the FA to stifle the positive benefits that come from recognition of achievement – and do not suggest this – significant consultation during our FA Youth Review with children (players), parents, coaches, clubs and league volunteers concluded that where there are one-sided score lines, these can act as a disincentive to continue playing for many children.

“This conflicts with our aspiration to make youth football more child-centred and less results orientated on order to support the long-term development of players.”

Now the Society of Editors has stepped into the row. Its executive director, Bob Satchwell, has written to FA chairman and former local newspaper journalist Greg Dyke: “Local papers particularly play an important role in recording young people’s achievements and too often the media is criticised for reporting only their failures, misdemeanours and crimes.

“Sports pages report the positive side of youth and should not be deterred from so doing. While I can appreciate that unusually high scores by one side can be embarrassing, those occasions are not so common as to override the pride and enjoyment children get from reading their results in the local paper. Football is a competitive game and it is no bad thing for children to learn from an early age that it is about winning. Learning to be a magnanimous winner and a gracious loser is an important lesson in life. Hopefully the FA is not among those who seem to prefer hiding away the successes of a new generation.”