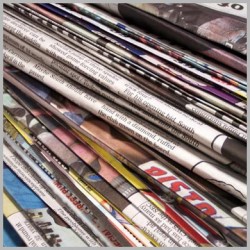 The National Union of Journalists today attacked plans by regional newspaper group Northcliffe Media to axe more than 50 sub-editor jobs, and instead rely on a system of direct entry of articles by reporters.

The use of six regional subbing “hubs” – set-up by the company just 18 months ago as a cost-saving, job-cutting exercise – will be subject to a reorganisation, with the subbing centres at Nottingham, Stoke and Plymouth at risk of closure.

In a statement issued this afternoon, the NUJ was critical of the group’s management.

“The creation of the six nationwide ‘superhubs’ last year, each handling subbing and other production operations for a number of titles, resulted in swathes of redundancies at that time, with some staff having to go through huge upheaval, moving their homes and families, and others having to undertake long commutes in order to keep their jobs,” the NUJ said.

“The NUJ warned that this move would be destructive with the loss of crucial local experience and the remote nature of operations from the communities they were seeking to serve.

“This has been a betrayal of loyal staff who were forced to make hugely difficult choices to keep their careers at the cost to their personal and family lives.”

The NUJ originally opposed the move of the subbing function away from the communities its newspapers are supposed to serve, so while welcoming the return to local newspaper production locally, Chris Morley, the NUJ’s Northern and Midlands organiser, added this caveat: “This has come at yet another unacceptable cost – the loss of another key layer of experienced journalists and loading of more tasks on those left, such as already overstretched reporters.”

Morley cites the example of the Nottingham Post, which now has just 11 reporters compared to a reporting staff of 25 four years ago.

The NUJ believes that the abandonment of the regional hubs by Northcliffe has been “driven by the revolt of editors against a system that they always knew was flawed”.

According to HoldTheFrontPage.co.uk, Northcliffe Media has not responded to the NUJ’s remarks.