The Germans have won a battle with English football once more, though this time the matter was not settled through a penalty shoot-out on the pitch, but in the boardroom of a publishing company in a deal reportedly worth £270million. 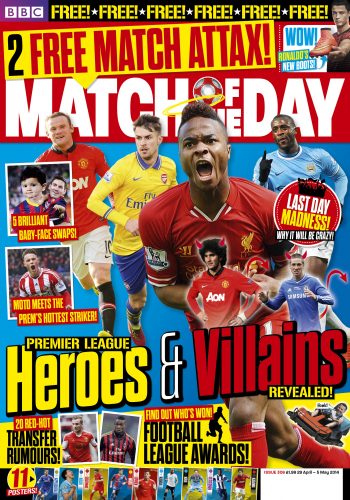 Match of the Day magazine is among more than 70 titles including Cycling News and 220 Triathlon, which have been bought by German publisher Hubert Burda Media.

The Munich-based publisher has bought Immediate Media, the company which was formed in 2011 after the BBC sold its magazines division to Exponent Private Equity.

It was combined with Magicalia and Origin publishing, and in 2014 it acquired Future’s sports titles, including Cycling Plus, in a £24million deal

Immediate is also the publisher of a number of BBC programme-linked titles, as well as the Radio Times, which has a weekly circulation of 668,000 copies, and which the publishers have claimed is the most profitable magazine in Britain.

The UK group comprises around 70 magazine titles, has 1,350 staff and claims to sell 76million magazines a year and attract 35million monthly users online, according to a report at Press Gazette. According to its most recent annual accounts, Immediate made a £40million annual profit.

Hubert Burda Media has 10,000 employees and publishes a handful of specialist titles in the UK.

Other sports titles published by Immediate Media and included in this week’s sale include: Cycling Plus, Mountain Biking UK, Procycling, Urban Cyclist, and What Mountain Bike.