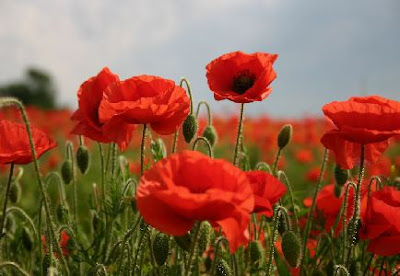 which offers members of the Armed Forces free tickets to big events, including football matches and top music acts.

Thousands of tickets will be made available to all serving military personnel and to veterans who have been discharged through injury since 2001, at the new Tickets for Troops website.

Since July 2009, when David Cameron announced his ambition for this scheme, Tickets for Troops has been set up as an independent not for profit company that will help us start giving something back to our troops. It has received huge support from the sports and entertainment worlds. The launch was funded by AEG/The O2, who have also donated a large number of tickets.

Tickets have been donated for top football and cricket matches, boxing contests, snooker, horse-racing events, theatre, and both classic and rock music concerts around the country.

From today these tickets will be made available exclusively to eligible personnel at www.ticketsfortroops.org.uk, which has teamed up with top ticket distributor www.seetickets.com. A donation of Â£1 will be requested for every ticket, which will be distributed across service charities.

Commenting on the launch, Tickets for Troops Patron Gary Lineker said: â€œAs a country we seem to have suddenly gained a respect and a pride in our armed forces, which in many ways, is long overdue. Tickets for Troops recognises these very special people for the extraordinary things they do every day of their lives.â€

Lance Corporal Johnson Beharry, awarded the VC for his courageous acts in Iraq, added: â€œThis is a fantastic idea and it is heartening and uplifting for any serving soldier or ex soldier to know that people really appreciate the work they do and this is a brilliant way of demonstrating respect for our Armed Forces.â€

David Cameron said: â€œTicket for Troops is all about people coming together to say to the armed forces: thank you, we respect you and we recognise the sacrifice you are making for us. Iâ€™m proud of the part the Conservative Party has played in getting this off the ground and want to thank everyone for generously lending their time and support to this great cause.â€

Notes to Editors
âˆ™ Tickets for Troops is a politically neutral and independent organisation. Based on an idea from David Cameron it will operate as a company limited by guarantee and be run by a fully independent board. From launch, Tickets for Troops will have no formal link to the Conservative Party and its main activity will be to provide free tickets to serving members of the military.