Martha Kelner has been appointed chief sports reporter of The Guardian.

Kelner, SJA young sportswriter of the year in 2012, has specialised in investigations and sports news since joining the Mail on their graduate trainee scheme in 2011.

She became athletics correspondent across all titles in 2015 and was the first journalist to uncover the Russian doping scandal. 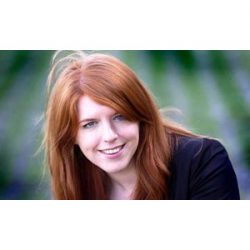 Kelner  (left) has also broken a series of cycling exclusives on the bullying culture within the sport and reported on football, rugby league and tennis as well as playing an important role in the covering of London 2012 and Rio 2016 Olympics and Paralympics.

She replaces Owen Gibson, who was promoted to head of sport late last year. Both were highly commended in the Sports Reporter category at the SJA British Journalism Awards last month.

Gibson said: “Martha is a talented journalist who has already broken some of the biggest stories in sport over recent years. I’m thrilled that she will be bringing her tenacity and expertise to the Guardian’s award winning sports desk.”

Kelner, whose father Martin is a well-known radio broadcaster, said: “I’m absolutely delighted to be joining the Guardian and am relishing the prospect of working with an editor in Katharine Viner and head of sport in Owen Gibson who I admire enormously. The Guardian is clearly one of the best sport sections around with an incredible team of reporters and writers and I’m very excited about being a part of that.”

Kelner, a product of the University of Sheffield, worked for 18 months as a horse racing blogger for William Hill and can claim to have been taught to ski jump by Eddie the Eagle.

She started on the Mail on Sunday before moving across all titles and was appointed athletics correspondent when Laura Williamson was promoted to sports news editor in 2015.

Kelner was highly commended at this year’s Press Awards for her cycling exclusives and has been nominated for numerous SJA awards.

She will be the only female chief sports reporter on national newspapers. The last to fill a similar role was Ashling O’Connor, who left The Times four years ago.