A recent opinion poll shows that being a writer is still a sought-after profession, but as far as payment’s concerned, NORMAN GILLER says, times are not what they once were

It appears that as a full-time author I have the most coveted job in the land, and all my Sports Journalists’ Association brothers and sisters will be gratified to learn that despite all the moaning and groaning they, too, are the envy of many people. 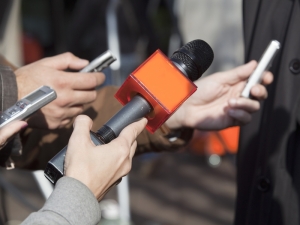 The research company YouGov has taken time off from General Election polls to find out what the great British public would like to be doing for a living if they had a free choice. You can see their full report here.

The life of an author appealed to 60 per cent of the 14,294 adults questioned, and the study found that journalism was the sixth most desired occupation, level with doctor and ahead of such career paths as TV presenter, train driver, teacher, accountant and (naturally) Member of Parliament.

Librarian, academic, lawyer and interior designer filled the four places after author. Of those quizzed, 39 per cent chose journalism, while 53 per cent said they would not want anything to do with our profession.

There are striking differences in job appeal by gender. Many men were shown to have had ambitions at some time to be train drivers, Formula 1 drivers, astronauts and MPs, while women generally plumped for interior designers and librarians.

The poll showed that 42 per cent of the men surveyed would like to be on our journey as journalists, compared with 37 per cent of women. Which is particularly interesting when you read our treasurer Sarah Juggins’ wise words on the sports journalism gender gap.

Now for some home truths from this old hack. I have been a full-time author while still tinkering with journalism and TV scriptwriting since tunneling my way out of Fleet Street 41 years ago. And I can tell you that authorship is rewarded with less in cash advances now than in the 1980s and 1990s.

Back then I never received less than £10,000 in advance payment against royalties. Several times I have been paid more than £40,000 up front. That is now the figure of dreams. Today, including my 99th book hitting the shelves in April, I write books for royalties only.

The cold facts are that fewer than 10 per cent of published full-time authors earn above the national average in a year. But what price do you put on the pride of seeing your book – your baby – on the bookshelf? The job satisfaction is huge, but the financial rewards rarely above paltry, particularly since the likes of Amazon started selling our hard-chiselled work at pathetically low prices.

As for journalism, these days I tell any aspiring young scribe to think of newspapers purely as a stepping-stone. There is a huge landscape out there for wordsmiths but the world of the printed word is, in Dad’s Army parlance, d-o-o-m-e-d. I am convinced my youngest grandson, eight-year-old Daniel, will never buy a newspaper.

Bodies are flying all over the place as national and provincial newspapers cut their staffs to the bone. The top journos are fairly rewarded, but with so many colleagues made redundant they are having to work much harder for their bread and butter.

I wonder what response the YouGov researchers would get if the people they questioned were armed with these dismal facts?

If they asked me, I would still select “Author” as the dream job and journalism as an exciting journey well worth taking. Take my word for it.