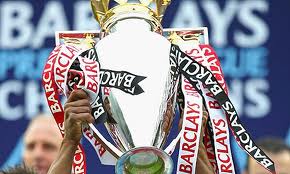 Brighton and Coventry universities have joined forces to stage a top-flight football debate in the new year.

The Premier League at 20 – The Saviour of Football will be chaired by ITV Sport commentator Clive Tyldesley and brings together five of the game’s most eminent figures to discuss the long-term impact of the Premier League.

Gus Poyet, the manager of Brighton and Hove Albion, Patrick Barclay, chief football commentator at The Times, Dan Johnson, the Premier League’s director of communications, Jim White, sport columnist with the Daily Telegraph, and Dave Boyle, the former chief executive of Supporters Direct, will be on the panel.

Jed Novick, senior lecturer of sports journalism at the University of Brighton, is delighted to have secured such an esteemed line up. “Since the Premier League’s inception 20 years ago, so much has changed in the world of football,” said Novick.

“What these six guys can offer is an invaluable insight into the modern workings of the Premier League. These are some of the biggest names in football who have been around the game throughout the Premier League era, each with their own unique perspective.

“It promises to be a real treat for anyone with an interest in modern sport.”

Some of the topics up for debate include whether the Premier League really changed everything for football, if it marked the beginning of the modern commercial game and whether it truly is the best league in the world.

Contact j.novick@brighton.ac.uk for more details. Those wishing to attend must book in advance at www.eventsforce.net/cu/112/register