There is, quite rightly, a feel-good factor following Britain’s Rio Olympic success – but a new book argues that there is another, less optimistic, story to be told about the state of sport in this country. 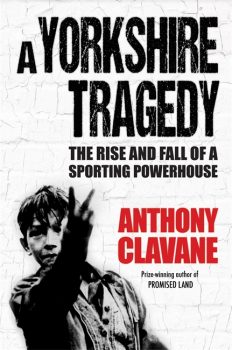 According to Anthony Clavane’s A Yorkshire Tragedy, published next month, there has been a growing disconnect between sport’s elites and its grassroots since the 1980s.

True, a great deal of money has been invested in “podium level athletes”, producing a record-breaking medal tally at the Olympics. But in the sports which are most relevant to the everyday lives of most British people (football, cricket and rugby), Clavane believes many ordinary fans and players have become disenfranchised. While the ruling bodies have been enriched by billions of television money, a huge gap has emerged between the haves and have-nots.

Take Yorkshire as an example. Its elite sportsmen and women have, again rightly, been praised for their superb triumphs at the Games. And yet, in the six-million strong county, the number of adults playing any sport has dropped over the past four years, since London staged the 2012 Olympics and even with Yorkshire hosting stages of the Tour de France. According to official Sports England figures, 67,000 fewer Yorkshire people are now involved in sport than in 2012. In Doncaster, to take one typical post-industrial northern town, there has been a 13 per cent decline in participation.

At the moment there is only one Yorkshire team in the Premier League; several of them have lurched from financial disaster to despair, tumbling down the divisions. The world famous Headingley is no longer an Ashes Test ground and match attendances at rugby league (which is predominantly played in Yorkshire and Lancashire) are falling.

At the London launch for Clavane’s book on September 5, a panel of football and political commentators will discuss those who have been left behind. The event is being hosted by Kick It Out, which has a proud history of combating discrimination against black and ethnic minorites in football. Clavane believes there is a case to be made about social exclusion – that a large section of society has being priced out of the so-called Beautiful Game.

His argument is that the rot set in during the 1980s, a decade when traditional industries were destroyed and whole communities collapsed – particularly in those northern working class areas which had produced so many famous teams. He looks at how this “decade of despair” spelt disaster for many clubs, and how its divisive legacy lives on today.

The current euphoria about sport is based on a few weeks of fantastic success in Rio. But dig deeper and the picture is somewhat bleaker. There is, however, a positive side to his extensively researched new book, a follow up to the prize-winning Promised Land and Does Your Rabbi Know You’re Here? Featuring many interviews with key sporting figures from the 80s, as well as miners, musicians, fans and politicians, it is also an homage to the Yorkshire’s pride and sense of belonging – and the defiantly communal nature of sport.