The Dutch embassy in London has joined forces with literary magazine Litro to stage a literature, sports and the arts festival in and around Hyde Park next month. 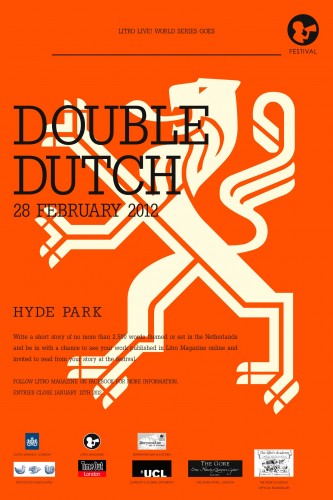 Sports writers and athletes will be sharing their views on the Olympics and much more at the Serpentine Bar and Kitchen and at the Kensington Gore Hotel, on February 28 from 9am until late.

There will be readings, discussions, interviews, and live music at The Gore in the evening.

Many more award-winning writers are to be announced as well as special guests including international Dutch footballers of past and present.

Litro Live! is entertainment brought to you by Litro, the leading literary short fiction magazine, which reaches an extensive readership with a monthly circulation of 100,000 copies.

Litro Live! has been running successfully since November 2008, with an initial residency at Foyles Café, Charing Cross Road, attracting an average audience of 200 people each month. Recent successful events have seen Litro Live! at the Camden Crawl Festival for two years running, host a Summer Party and take over a corner or St Pancras Station in 2009, entertaining more than 600 passing passengers. Litro Live! has also taken part at the Hay-on-Wye festival and taken shows around the UK including Edinburgh’s National Gallery.

Litro Live! brings Londoners fresh and exciting talent from the world of the spoken word: from authors, poets and musicians alike. Our events feature readings from the hottest new writers interspersed with live music and DJ sets.

To attend any of the events at Litro Live! please RSVP by clicking here.