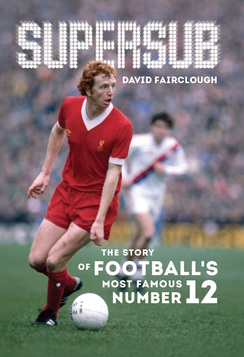 Anyone of a certain age will recall flame-haired Fairclough who frequently galloped to Liverpool’s rescue in superhero style when summoned from the substitutes bench. For season after season, it seemed, whenever a superb Liverpool team required fresh inspiration, it was Fairclough who provided it with one wave of his magic wand.

There was that magical night in March 1977 when Liverpool faced a magnificent St Etienne side at Anfield in European Cup combat, trailing 1-0 from the first leg in France. St Etienne were rated one of the top sides in Europe while Liverpool had yet to establish their credentials on the continent.

Liverpool looked to be on their way out when, with just 14 minutes remaining, Fairclough was ordered into the fray. Six minutes to go and Fairclough outran Christian Lopez for a solo goal that sent Liverpool into the European Cup semi-finals and Anfield fans into raptures. To this day, despite Liverpool’s subsequent triumphs, many fans still nominate that night and that goal as their greatest moment.

The goal launched Liverpool towards a fantastic European dynasty and signalled the beginning of the end for St Etienne as a major force in France and Europe.

Yet within a couple of months Fairclough had been axed from Liverpool’s FA Cup final team and left out the European Cup final.

As he reveals in his book, whatever Fairclough accomplished never seemed quite good enough for the Liverpool management. Time after time he would make his mark as an impact substitute yet be overlooked for the next starting line-up.

The statistics speak for themselves. Just 92 starts in eight years at Anfield with 62 outings as substitute among his total 154 appearances. He scored 18 of his 55 goals when coming off the bench. Fairclough was an unused substitute on 75 occasions.

No wonder he created a new football label for himself. “Supersub” quickly achieved legendary status at the club despite being glued to the bench for much of his career.

His irregular appearances meant Fairclough had little opportunity to develop his career and could progress no further than a couple of England under-23 and B caps when he had huge international potential.

Was he bitter at being constantly blocked? You bet. He points an accusing finger at manager Bob Paisley who softened the blow of leaving him out of the 1977 FA Cup final by promising a place in the upcoming European Cup final – only again to omit him from the starting XI in Rome.

“It was a cowardly way of letting me down,” writes Fairclough. “To use the European Cup final as a sweetener was pathetic and the false promise left a bitter taste. After that I never knew where I stood.”

It’s impossible not to sympathise with Fairclough as his tale unfolds. But was Paisley right to hold him back ? You can’t argue with Paisley’s achievements as he became the most successful English manager ever. And Fairclough found his first team path obstructed by some of the finest players in Liverpool’s history.

At first there were Keegan, Toshack and Heighway up front. Then David Johnson came in from Ipswich. Kenny Dalglish arrived from Celtic, Craig Johnston from Middlesbrough, Frank McGarvey from Motherwell and Ian Rush from Chester. Only McGarvey failed to make it and all rapidly pushed Fairclough down the pecking order.

So Fairclough continued wearing the No12 shirt (only one sub permitted back then) and carried on wondering what might have been if he had moved on sooner.

He later operated with varying success through spells in Canada, Switzerland and Belgium as well as Norwich, Oldham, Tranmere and Wigan. There’s comedy, triumph and tragedy plus a major health scare before the Supersub winds up back at Anfield working for Liverpool TV. But without that confounded No12 shirt.