The SJA Sports Awards on December 13 at The Brewery promise once again to be a highlight of the pre-Christmas gongs season. As well as getting to vote for the Sportsman and Sportswoman of the Year, SJA members also get to choose the Team of the Year. 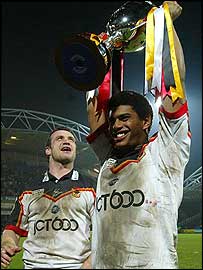 Bradford Bulls – the Rugby League world champions for the third time in five years. Who said we don’t notice anything north of Watford? 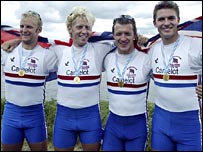 We also want your suggestions for other candidates for the Team of the Year Awards – add a Comment in the box below.

You can also nominate candidates, and vote, for the Sportswoman of the Year. Check out the prompt list of leading candidates here.

And cricketer Monty Panesar? Swimmer Kirsty Balfour? Or sprinter Harry A-A? Click here to see the candidates for the Newcomer of the Year Award.

Booking forms for the Sports Awards lunch are now available, and SJA members are invited to vote for the Sportsman, Sportswoman and Team of the Year.

Ticket prices for SJA members have been frozen at £65 per member – a saving of £15 on ticket prices for non-members. So make sure you have paid your subs to take full advantage of the savings on offer.