We are fast approaching the SJA British Sports Awards when members will vote for sportsman, sportswoman and sports team of the year. We were the first to recognise elite achievement in women’s sport and celebrate 60 years since naming a sportswoman of the year for the first time. PHILIP BARKER takes us down memory lane.

Three teenagers led the way 60 years ago when the SJA named a sportswoman of the year for the first time.

The winner was described in The Times as “Britain’s outstanding all-round woman athlete.”

Her name was Mary Bignal.

As an 18-year-old, she’d already won long jump silver in 1958 at the British Empire and Commonwealth Games in Cardiff. In 1959, Mary electrified athletics to such an extent that by the end of the year, she was considered a gold medal favourite for the Olympics.

Although she came from Somerset and attended Millfield School, she had moved to London for work. She began her season with the London Olympiades club at the less than stellar Carshalton trophies meeting.

Bignal’s main event was the long jump but she also competed in the 80m hurdles and the high jump. As she explained to Terry O’Connor in the Daily Mail: “l would become bored if I confined myself to long jump.” 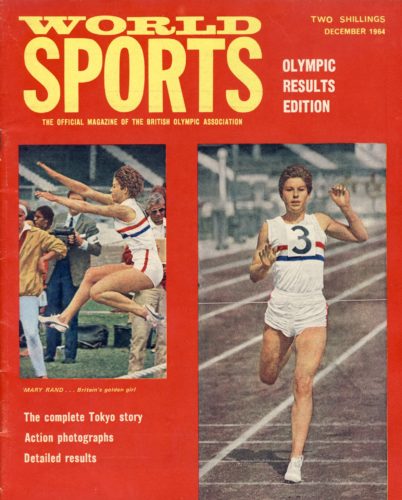 She also took part in the five-event pentathlon and lowered the British record, although it was not until 1964 that this was admitted to the Olympic programme.

The Mail also carried tips for training and preparation from Mary.

In June came the Southern Counties AAAs at Chiswick. She won the long jump, high jump and 80m hurdles. Her winning long jump of 20 feet 31/2 inches was only one and three quarter inches shy of the world record though the wind was too strong for it to count as a record .

At the women’s AAAs Championships held at Motspur Park in Surrey, she won the 80m hurdles and long jump and also finished second in the high jump.

“The best woman all-rounder Britain has ever had and likely to win a lot of points for Britain in international meetings this year,” wrote Doug Wilson in the News of the World. In August, the Somerset County Herald proudly announced: “Wells athlete off to Moscow.”

In those days Harry Carpenter had just begun his television career and was in Moscow reporting for the Daily Mail.

“Shapely Miss Bignal  put in a scorching finish to beat Irina Press,” he wrote. You can imagine the postbag or Twitter meltdown over the use of such a word today.

The 1960 Rome Olympics did not go according to plan for Mary. She finished fourth in the 80m hurdles and while she led after long jump qualification she only placed ninth in the final.

It was a different story in 1964. Now known as Mary Rand after marriage, she set a world record to win the long jump gold. To this she added silver in the pentathlon and a 4x100m relay bronze.

With a full set of Olympic medals it was no surprise she became our sportswoman of the year a second time. 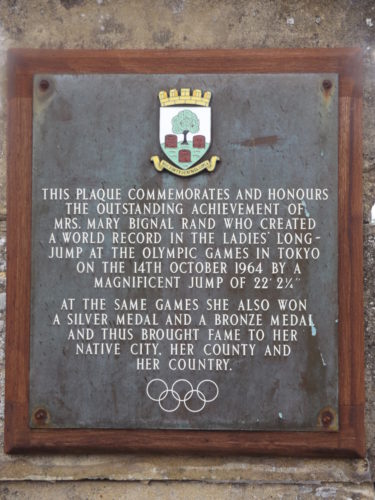 They never forgot her in Somerset. In Wells they laid a pavement showing just how far she jumped on that golden Olympic day in Tokyo.

Anita Lonsbrough also made our podium in 1959.

She had still not turned 18 when she broke the world record for the 200m breaststroke during Great Britain’s match against the Netherlands in Waalwijk and beat record holder Ada Den Haan convincingly in the process.

“She has a habit of doing the unexpected. An hour after her swim she was still saying I can’t believe it,” wrote Dick Beaumont in the Sunday People.

Pat Besford, the first woman to lead what was still then the Sports Writers’ Association wrote in the Daily Mail that Britain: “Had lost one swimming match and found one world record.”

Pat would chronicle Anita’s future successes. She did become sportswoman of the year in 1960 after her Olympic gold medal in Rome and again in 1962 following another gold in the European championships.

Tennis player Christine Truman might have been forgiven for wondering exactly what she had to do to win our award. Christine beat defending champion Zsuzsa Kormoczy of Hungary in straight sets to win the French Championships at Roland Garros .It wasn’t yet Open nor did they call it a “slam” in those days.

It was a golden period for Truman. A matter of weeks earlier she had won the Italian championships in Rome. Unfortunately when it came to Wimbledon she lost in the fourth round of the singles but did reach the women’s doubles final.

“In a year Christine has grown from an uneven uncertain schoolgirl into a woman with a sense of fun off the court and a sense of tremendous almost remorseless instinct for match play on it,” wrote Roy McKelvie in the Daily Mail, but Christine never did win our award outright.

Book your table at the British Sports Awards