A Nike ad that captured the spirit of the World Cup and Wayne Rooney’s triumphant return to the England squad has won the winner of winners award for the best national newspaper advertisement of 2006. 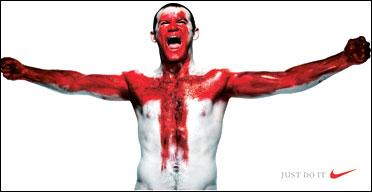 The trio received their prize at the Newspaper Marketing Agency’s Awards for National Newspaper Advertising.

Read the full story at Guardian Unlimited by clicking here