Queen’s Club in London will be hosting the top eight male and female squash players for what is widely regarded as the most important tournament on the men’s and women’s professional squash tours, the ATCO PSA and WSA World Series finals. 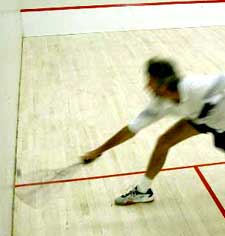 SJA members and working media are invited to attend the tournament on Friday January 4.

There will be opportunities to see the venue, attend morning practice sessions and talk to players and executives from the World Squash Federation and the PSA and WSA – in particular about squash’s campaign to become part of the Olympics.

The semi-finals and finals for this year’s ATCO PSA and WSA World Series Squash Finals, which runs until January 6, will also be screened live on Sky Sports.