From BOA
The British Olympic Association has acquired a very limited number of Olympic Park day-tickets for use during the London 2012 Games for non-accredited reporters and photographers. 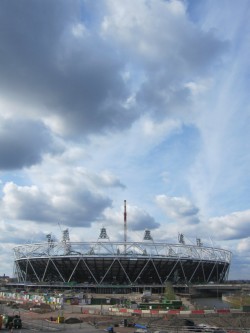 Each ticket will be valid for a single day during the Games between 28th July and 11th August (ie. all days between – but not including – the Opening and Closing Ceremonies).

Video and audio cannot be captured and used for broadcast purposes from within the Olympic Park; however photography is permitted for editorial purposes.

Please bear in mind that we cannot guarantee being able to satisfy all requests, as demand is expected to outweigh the availability of tickets – so please be as specific as possible with requests. The awarding of day-tickets will be announced shortly before the day for which they are valid.