From William Kings, Secretary, Badminton Writers’ Association
Badminton’s Olympic qualifying race has entered its final months, but there are still some key home dates in the international calendar where media can follow London 2012 hopefuls. 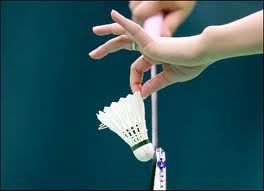 Two of the three mixed doubles pairings in contention for placing in Britain’s Olympic team are Anglo-Scottish, so England’s Nathan Robertson and Jenny Wallwork are the only pairing competing in Bolton. However, England’s Chris Adcock and Gabby White are teaming up in Bolton while their partners, Imogen Bankier and Robert Blair, are expected to compete in Perth.

All the Great Briatin hopefuls will be in action at the Yonex All England Open Championships at Birmingham’s National Indoor Arena from March 6-11. The All England is one of five Premier events on the OSIM BWF World Superseries 2012.

Before the All England there will be a media opportunity to meet the GB hopefuls on Wednesday, February 8, at the National Badminton Centre in Milton Keynes. To attend the media day please contact Kate Manning at Badminton England on katemanning@badmintonengland.co.uk

The last qualifier for London 2012 is the Indian Open Superseries event from April 24-29. Please note: once the GB squad is announced in late May or early June, there will be other media opportunites.