An international group representing fans, plus football administrators, politicians and sports politics experts are the latest names to be added to the list of contributors for a summit on world football’s world governing body, FIFA, which is being held at the European Parliament in Brussels on January 21. 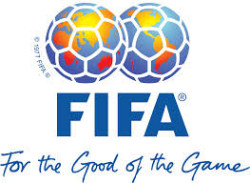 The international line-up is further strengthened by the latest confirmations from prominent figures in Europe and Australasia.

Joining the politicians is the co-president of the Sports Intergroup at the European Parliament, Marc Tarabella from Belgium who has long held concerns and been outspoken about FIFA’s management.

Two former football executives with England and Australia will also join the group.

David Davies, who was executive director of the FA will attend, along with Remo Nogarotto of Italy.  Nogarotto is a former Chairman of Soccer Australia (now Football Federation Australia), and director and CEO of clubs in both the A-League and the former national soccer league.

Davies and Nogarotto have first-hand knowledge of the implications to commercial partners of FIFA’s future direction as it prepares for the crucial presidential election in May.

Jens Sejer Anderson is a sports politics expert from Denmark and the international director of Play The Game, an organisation which promotes democracy, transparency and freedom of expression in sport. Jens is currently co-ordinating Play the Game’s EU project “Action for Good Governance in International Sports Organisations” with universities across Europe.

A supporters’ view of FIFA’s current status amongst international football fans will be provided by Daniela Wurbs and Dirk Vos from Football Supporters Europe. FSE is an independent group that represents fans from 45 countries and was launched in 2008 to give supporters a voice on the structure and governance of the game.

The organisation has a website, www.newfifanow.org, which has more details about the event.

Media are invited to attend the Brussels Summit, which will include a media conference after the event as well as an opportunity for one-on-one interviews with attendees. As the Summit is being held at the European Parliament, all media must be accredited.