All written, TV and radio media representatives and photographers are invited to attend. 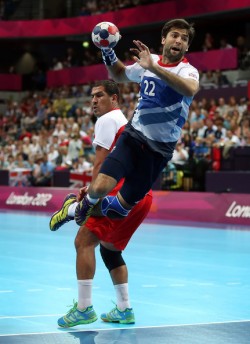 Overview of the match
The Great Britain men’s handball team returns for its first competitive game in London since the 2012 Olympic Games to face Greece in the 2016 European championship qualification match.

The young Great Britain side are bottom of Group B behind Italy and table-toppers Greece, with head coach Bill Baillie’s side suffering two defeats so far with a 43-14 loss against Greece in Loutraki back in October and a 47-23 reverse against Italy in Motherwell this week. They finish their campaign with a trip to Lavis to face Italy in June.

The men will be hoping to show a capital crowd that they can still turn on the style and are aided by the return of Steven Larsson who top-scored with seven goals in Scotland.