It’s not just the video conferencing technology that makes today’s conversations about the football journalism industry so different to those held 30 years ago.

The Times’ Matt Dickinson noted this when speaking at a recent panel event titled ‘Taking Pride’ that he believes would never have been held when he was starting out in his career.

Matt was invited to discuss his perspectives as an ally to colleagues working in sports media who are lesbian, gay, bi and trans, as well as wider themes relating to being LGBTQ+ in football, alongside The Athletic‘s Adam Crafton, writer and broadcaster Nicky Bandini (The Guardian, ESPN), and former Lioness turned TV and radio pundit Lianne Sanderson.

The event was put on during Pride Month – the time of year that includes the anniversary of the 1969 Stonewall Riots in New York City, the birth of the modern-day global LGBTQ+ rights movement – to mark a new partnership between my network group Sports Media LGBT+ and the Football Writers’ Association. 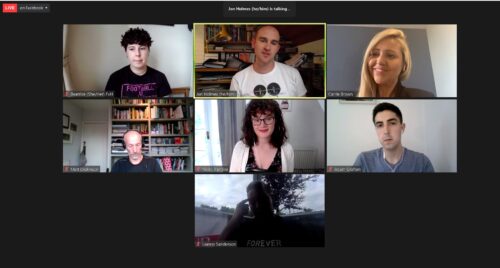 Hosting us via Zoom were the campaign group Football v Homophobia, who do so much good work around tackling discrimination and helping people feel comfortable.

The event can be watched back in full, having been streamed live on the FvH Facebook page. It’s also now available to listen to via a new FvH Podcast…

“Visibility is really important,” said FWA chair Carrie Brown, in an introduction to the event. “There are still sometimes negative headlines, such as in men’s football, and we want to let people know that in our press boxes, everyone is welcome.” 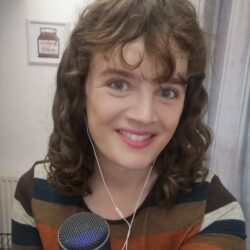 It’s almost two years since Bandini publicly shared her story of being trans via a personal blog on the Guardian website. She reflected on the writing process for that article, at a time in her life that was “intense and emotional” and said that the overwhelming positivity on social media took her by surprise.

“Getting to the point I wrote that article took me a lot of years, and then you’re trying to explain that to someone who doesn’t know you at all. It’s a lot,” she said.

“Of course there were some unpleasant responses, but it was so much more positive than I ever imagined it would be.”

Bandini wants to encourage others who are LGBTQ+ and who are either currently working in football media or considering going into the industry to feel confident too.

“If there’s one thing that my last two years have told me, it’s that the industry is overwhelmingly accepting,” she added.

“The LGBTQ+ part of it is something you need to worry about the least. Find something you’re passionate about, then it won’t feel like work.” 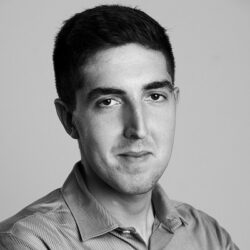 Crafton described working in his previous role as part of the Daily Mail Sport team and coming out as gay to his then boss. “That was a measure of how supportive that environment was at the time,” he said. “They were fantastic.”

In recent months, he’s written outstanding long-form features for The Athletic on topics related to football and being LGBTQ+ – the homophobia and discrimination faced by the late Justin Fashanu, and Gdansk’s hosting of the UEFA Europa League final amid a backdrop of rising anti-gay hate in Poland.

“Sometimes people ask why other publications haven’t done that, and that can just be the privilege of the word lengths we can do at The Athletic that newspapers can’t,” he explained.

“We’ve got an editor who’s also LGBT+ and a lot of diversity within our editorial team, and that shines through in our coverage.” 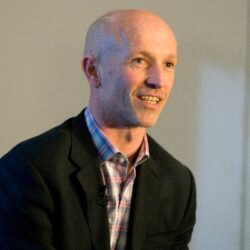 Dickinson, named SJA Columnist of the Year for the second time back in March, has written more than one op-ed for The Times about the challenges faced by gay and bi players in the men’s game, and has also interviewed several well-known sports figures who are LGBTQ+, such as Thomas Hitzlsperger, Gareth Thomas, and Philippa York.

He appreciates that the media – and more often, the front pages of tabloid newspapers – has a checkered history when it comes to this area of reporting, often lacking in sensitivity.

“I’ve worked with gay guys on the sports desk who are open, and we talk and write about these issues in a different way,” he said.

“We have to hope that awareness keeps spreading, and we can turn down the volume on the idea that it’s a salacious story.”

Helping with wider education within the game is Sanderson, who has been out and proud as a player and is now increasingly seen and heard on TV and radio. 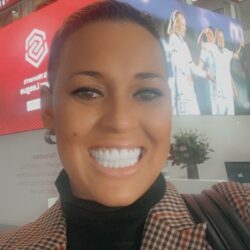 “Often people say they can’t quite ‘work me out’. What are you trying to work out? I’m just me!” she said, with a smile. She’s encouraged by the progress being made but feels dismissive comments that are often made about being LGBTQ+ in football – such as ‘who cares?’ – aren’t helpful.

“Unfortunately there are people out there that do care. When the first active male player comes out in the UK, it will be a big deal – there’s no two ways about it.

“But hopefully they will be able to make other players feel more comfortable. It does matter, it really does.”

The event also included the panellists talking about their hopes for how both football and football media might make progress on LGBTQ+ inclusion in the next five years, the parts of the job that give them the most satisfaction, and their predictions for which two nations will make the final at Euro 2020.

Watch a full replay of Taking Pride here or listen to the discussion on a new episode of the Football v Homophobia Podcast (it’s also available on Spotify and Anchor).

Find out more here about the partnership between Sports Media LGBT+ and the Football Writers’ Association, and in this personal blog post by Jon on the SMLGBT+ website.

If you’d like to start a conversation about anything in this article, the event, or being LGBTQ+ in sports media, please email jon@sportsmedialgbt.com.