Fabio Capello is one of the calmest of managers, says NORMAN GILLER. But the pressure of the World Cup can make even the coolest of coaches boil 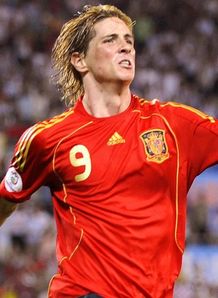 The people have spoken and they say that Spain will beat Brazil in the 2010 World Cup final in Johannesburg on July 11. This is the verdict of the People’s Panel I have set up on Facebook.

Our television sets are going to be jammed with the talking heads of “experts”, and the newspapers groaning with the weight of ghosted opinions over the next 64 matches and 31 days.

But I prefer to listen to the views of the football fans, who follow the game as much with their hearts as their heads.

All the predictions of the squad of supporters I’ve gathered together on Facebook, England Football Online and my own personal Facebook page will be printed in an instant book recording who did what in the finals. They will have something to remind them that they were there, or at least sitting in front of the box taking in the high-definition sights and sounds of what should be the greatest football show on earth.

Our World Cup panellists have voted in their hundreds as to which will be the last two teams standing in the final.

Spain v Brazil was overwhelmingly the most-tipped match, with 45 per cent of the votes cast, and Fernando Torres’ European champions Spain came out strongly as the hot favourites. They featured in more than 58 per cent of the votes, being paired also with England, Argentina, Holland and Germany.

It is the latest in a series of what I call “partnership publishing” books. I allow the readers to have a say in the books, and to a man and a woman they tell me what a kick they get seeing their name in print.

They not only want to read what the author has to say but â€” now so accustomed to voicing their opinions online â€” they jump at the chance to make a written contribution.

Rather than quoting the professional pundits, I will be giving the Panellists’ verdicts throughout the running report of the games (the book is called World Cup 2010 Day By Day). They will be voting for their man of the match, players of the tournament, top teams, best and worst referees and the greatest moments.

If my experiment works, it could open the door to all sorts of reader-participation books on many subjects, not just sport. Hopefully the ingenuity of this old dinosaur will inspire some young journalist reading this to get to work on a project that will lead to a successful publication. Don’t just sit there. Write something.

I wonder how Fabio Capello is going to cope with the pressure over the next 31 days? When he lost his famous cool on the touchline in a training match this week, and then 24 hours later got involved in a verbal war with photographers doing their job, I began to wonder if we are going to see a volcanic eruption if things start going wrong when it really matters.

Up until now I have rated Fabio a manager who most stands comparison with the great Sir Alf Ramsey.

The pressure cooker of the World Cup can do strange things to the most controlled managers and coaches. The only time I ever saw Alf completely lose it was at the final whistle in the quarter-final between England and Argentina in 1966.

England won 1-0 with a headed goal made in West Ham, a Bobby Moore free-kick and a beautifully directed Geoff Hurst header. This was at that time the greatest victory of Alf’s career. England were through to the semi-finals of the World Cup for the first time in their history.

But Ramsey â€” then plain Alf â€” had been so incensed by the intimidating tactics of the Argentines that he was boiling over as the final whistle went.

George Cohen, one of the most charming people to cross my path in professional sport, was happily exchanging his England shirt with Argentina’s Alberto Gonzalez when Alf came between them like a referee in a roughhouse boxing match.

Later, George told me: “Alf’s eyes were bulging out of his head and he was going potty. He was livid with the way the Argentines had played, and with good reason because it’s a wonder none of our players were seriously injured by their cynical tackles. Alf said, ‘You’re not changing shirts with that animal’. So I pulled it back in a sort of tug-of-war. By the time I had wrestled it away the sleeve was about four feet long.”

This was the game which saw the Argentinian captain, Antonio RattĂ­n, sent off by the German referee, with the player refusing to leave the pitch.

By the time of the post-match press conference, Alf had still not composed himself and repeated the “animals” description of the Argentina team, a remark that went round the world like a bad smell. British embassies were attacked in South America, and there were riots in the streets of Buenos Aries, with an effigy of Ramsey being burned.

Cohen was allowed to swap his England shirt with Lothar Emmerich at the end of the 1966 final, but he should have hung on to it. He was entitlted to get shirty when the

During World Cup 2010, the television cameras are going to be trained as much on the touchlines as the pitches for any behaviour that might become the talking point over and above the football.

Capello is unlikely to be the star. All eyes will be on the explosively unpredictable Diego Maradona when Argentina play.

He will be the focus without kicking a ball, you have to hand it to him.