Celebrating its 13th anniversary in 2020, Women in Football was co-founded by Shelley Alexander and Anna Kessel MBE, along with four women who also worked in different areas of the industry, and over a decade later has grown to boast more than 4,500 members including many sports journalists. 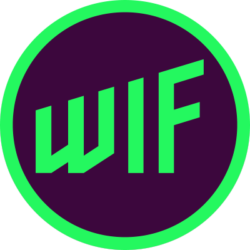 Disappointed and frustrated at the negative attitude faced by many women working in the industry, WiF set out to champion, support and celebrate female talent in a bid to bring about a change.

The historic first WiF event was held at West Ham United’s Upton Park ground, and the organisation has gone from strength to strength.

WiF focuses on improving women’s representation at all levels of the game by challenging discrimination and lobbying for positive change such as widening the talent pool of diverse women across the game and achieving gender balance on boards and committees.

Of equal importance, is instilling confidence in reporting discriminatory behaviour and abuse, and the official website (www.womeninfootball.co.uk) has an easy to use form to report such incidents.

WiF regularly host round robin discussions and webinars for its members, while 2020 also saw its highly-regarded Leadership Courses move online for the first time, enabling them to reach and engage with a global audience.

In 2018, WiF launched its ground-breaking #WhatIf campaign, and in early 2020 saw the movement gain further momentum with a European launch at FIFpro’s HQ in Holland. Now in its third year, #WhatIf works to alter the landscape for women working in football forever. Key supporters of the campaign include UEFA, The FA, TALKSport, Sky Sports, BT Sports, Kick It Out and The Telegraph.