The British Press Photographers’ Association was formed in 1984 by a small group of Fleet Street photographers to showcase the work that they were so passionate about. 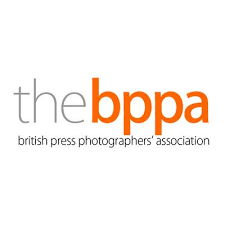 We represent 400 photographers, many of them freelancers and many who work on sport.

Over the next few years the Association grew staging a series of hugely influential exhibitions and publishing three volumes of  “Assignments” – collections of each year’s best work.

In 2003 we adopted a ‘mission statement’: To promote and inspire the highest ethical, technical and creative standards from within the profession and raise awareness and appreciation of our industry outside it.

Later in the same year we staged an exhibition at a central London gallery called UNSEEN to showcase the large number of amazing photographs that, for a wide variety of reasons, never saw the light of day and were never published. We followed that up in 2005 with the seminal ‘Five Thousand Days’ – a book that sold well over 10,000 copies and showed press photography of the highest quality.

Since then we have published two more books, had several web-based projects and we have supported the Press Photographer’s Year competition since its inception.

In 2006 we became one of the gatekeepers for the United Kingdom Press Card Authority. As part of the UKPCA we have the ability to assess and potentially approve photographers as holders of the UK Press Card.

We are also a member body of the British Photographic Council and have worked very closely with other organisations representing photographers and journalists to help to shape our industry and its practices.