THE  Football Writers’ Association has been representing football journalists working in England and at overseas events since 1947.

The FWA works closely with governing bodies, clubs and federations to ensure the best possible facilities and levels of access for football writers, and increasingly multi-media reporters.

The Footballer of the Year, first awarded to Sir Stanley Matthews in 1948, is the oldest individual honour in the game, and still the most prestigious. It is voted for by the FWA’s 400 or so members, including a burgeoning student membership.

The other major annual event nationally is the FWA Tribute , awarded for an outstanding contribution to English football.

The Footballer of the Year  for 2018-19 is Manchester City’s Raheem Sterling. 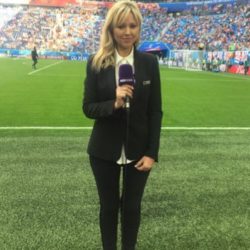